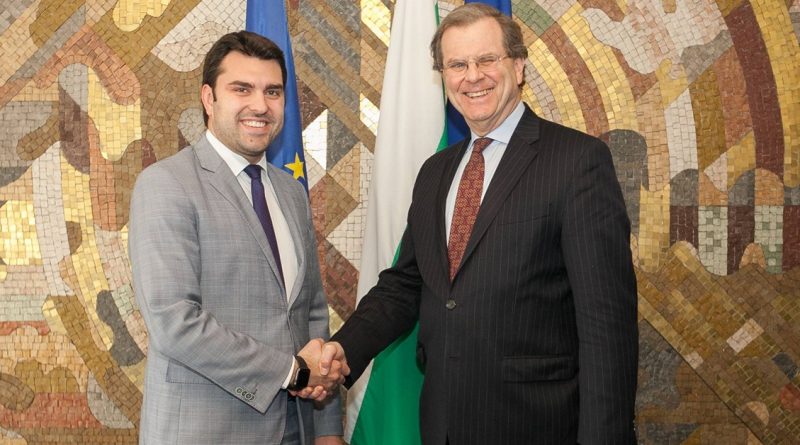 Several Jewish organisations in foreign countries have welcomed the Bulgarian government’s decision on October 18 to adopt the International Holocaust Remembrance Alliance’s (IHRA) working definition of anti-Semitism and to appoint a National Co-ordinator to Combat Anti-Semitism.

The organisations called on other countries to follow the example set by Bulgaria and four other EU countries in adopting the definition.

The Bulgarian government’s October 18 meeting saw Deputy Foreign Minister Georg Georgiev appointed to the post of National Co-Ordinator in the fight against anti-Semitism.

On October 23, the Anti-Defamation League (ADL) applauded the decision by the Bulgarian government and Prime Minister Boiko Borissov to adopt the working definition of anti-Semitism of (IHRA) and to appoint a National Coordinator for Combating Anti-Semitism.

“The adoption of this definition throughout Europe is of great significance to Jewish organizations, and the Bulgarian government’s decision provided momentum for further progress,” said Jonathan A. Greenblatt, ADL CEO. “Bulgaria is proud of their historic role in saving its Jewish community during the Holocaust, and their nation continues to serve as a model for Orthodox, Muslim and Jewish communities living together in harmony.”

“The decisions taken by your government … build on a legacy of actively rejecting anti-Semitism,” Greenblatt wrote in a letter to Borissov, which commended the government’s latest steps.

In a letter to the Bulgarian Ambassador in London Konstantin Dimitrov on October 24, the Board of Deputies of British Jews thanked the Bulgarian Government for the adoption of the IHRA’s working definition of anti-Semitism and noted with pleasure the Government’s exemplary step of appointing a national coordinator on combating antisemitism, the Board said.

The letter signed by Richard Verber, Senior Vice President of the Board of Deputies of British Jews, goes on to say, “Bulgaria’s action on this issue, at a time of hightened tensions within many European countries and a disturbing rise in antisemitism and xenophobia, sends a clear message to other countries in the region that concrete action needs to be taken”.

The Board of Deputies of British Jews expressed hope that the Bulgarian Government’s example will be followed by many others in the coming months and years.

In a letter to the Bulgarian Ambassador in Washington Tihomir Stoychev dated October 24, the leadership of the National Coalition Supporting Eurasian Jewry (NCSEJ) thanked the government of Bulgaria for appointing a national co-ordinator against anti-Semitism which “sends a strong message that hatred and prejudice toward the Jewish community will not be tolerated in Bulgaria”.

The NCSEJ also commended Bulgaria’s adoption of the IHRA definition of anti-Semitism, and congratulates Bulgaria on the acceptance as a liaison country within IHRA.

“These important steps place Bulgaria in a leadership role among European nations in the fight against anti-Semitism and hate speech, and in favor of respect for human rights”, the letter said.

“As the American Jewish organization whose central focus is Eastern and Central Europe, the NCSEJ offers its assistance and support of this important work.”

On October 19, the Simon Wiesenthal Center (SWC) hailed the adoption by Bulgaria of the IHRA “Working Definition of Antisemitism”

“Bulgaria’s adoption is another step forward in establishing an internationally accepted definition of Antisemitism that gives governments and civil society a common basis for understanding and tackling this problem,” Mark Weitzman, Director of Government Affairs for the SWC, who introduced and spearheaded the definition’s adoption at IHRA, said, adding, “We also applaud the government’s additional step in appointing Deputy Foreign Minister Georg Georgiev as National Coordinator on combating antisemitism.”

Weitzman said, “The Simon Wiesenthal Center calls upon other European countries to follow Bulgaria, the United Kingdom, Romania, Austria, and Germany in immediately adopting the ‘Working Definition of Antisemitism’ and in appointing a national coordinator on antisemitism.”

The Bulgarian government decisions were also welcomed by the European Jewish Congress.

Reflecting on his country’s decision, Ambassador Plamen Bonchev, Co-Head of the Bulgarian Delegation to the IHRA, said, “The decision of the Government is yet more evidence of Bulgaria’s strong commitment to prevent and confront anti-Semitism, as well as all forms of hatred, intolerance and discrimination as a threat to our society.

“It provides for concrete measures to turn this commitment into practical action and represents a starting point for a comprehensive assessment of the problem and consideration of policies and measures to address it,” he said. 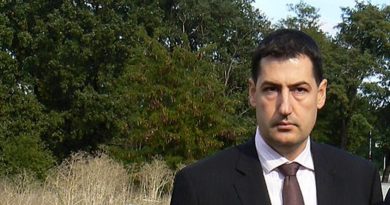 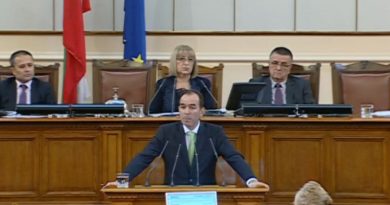