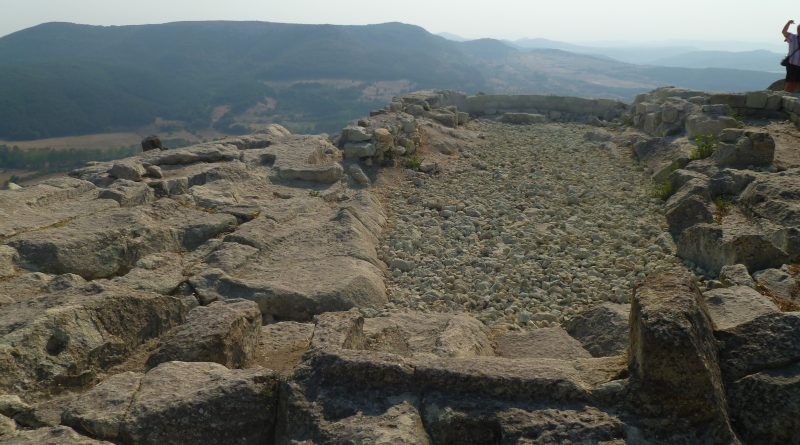 The archaeology season is fully underway in Bulgaria, despite the rainy weather that has swept over the country in recent months, with 2014 already seeing new discoveries.

One of the busiest sites of the season is near the village of Mursalevo in southwestern Bulgaria, where archaeologists are investigating the remains of a settlement estimated to date to late Neolithic, about 5800 BCE, making it one of the oldest farming communities in Europe.

The settlement shows signs of urban planning with straight streets and had about 35 houses, made of clay over a wooden skeleton and covered with trestle and straw, archaeologist Vassil Nikolov, of the National Archaeology Institute and Museum, said.

The digs have unearthed numerous pottery shards but also numerous bones of domesticated animals, evidence that the inhabitants of the settlement had kept a herd of livestock, which included cattle, sheep, goats and pigs. The settlement existed for at least 150 years, but was abandoned and burned down.

It is not a new find, however, parts of it having been unearthed in the 1920s, during the construction of the railway line between the towns of Dupnitsa and Blagoevgrad, but the settlement has not studied in depth in recent decades, Nikolov said.

“The results are very important, the urban planning is something that I have not seen anywhere in the Balkans, not to such extent and in a settlement of this size,” he said. “This will allow us to draw some conclusions about the social organisation of this community and it speaks a lot to the human ability to organise and plan a settlement to take into account environmental factors.”

Work on the site started in late March and has to be concluded later this summer, having been delayed for years by insufficient funding and manpower. The reason for the short amount of time available is that the site is one of several locations of archaeological interest that will be crossed by the Struma motorway, linking Bulgarian capital city Sofia to Thessaloniki in northern Greece, construction on which is already underway.

Nikolov said that the site is unlikely to be fully excavated before the deadline: “We know that [construction workers] are waiting for us to finish, but the excavation should have started last year, not at the end of March.” To speed up work, dozens of unemployed local residents have been hired to help with the digs.

Major infrastructure projects like motorways have proven a boon to archaeological research in Bulgaria over the past decade, offering the opportunity to excavate sites for which funding is otherwise not available because of the dwindling state subsidies for such research.

In Sofia, another major infrastructure undertaking – the overhaul of the landmark Lions Bridge to speed up traffic – has yielded some finds as well, including pottery fragments and coins from a wide range of historic periods, from the fourth century CE to the early years of independent Bulgaria in late 19th century.

Archaeologists also found stonework, believed to be the foundations of an ancient Roman bridge dating back to the time when the city was a moderately-size Roman municipium known as Serdica.

Outside Sofia, major digs so far this year include excavations of a Roman way station named Sostra near the town of Troyan in central Bulgaria, dating back to the second century CE and located on the road that linked the city of Philippopolis (modern-day Plovdiv) to Ulpia Oescus on the Danube River (near the modern-day village of Gigen in Pleven region).

The remains of the way station show signs of a once-luxurious complex, likely used only by high-ranking officials. The Troyan municipality plans to buy the private plot on which the archaeological digs were carried out and turn it into an open-air museum.

Finally, no archaeology season in Bulgaria can be complete without mention of the latest find at Perperikon – the ancient sacred site in southern Bulgaria, inhabited from about 5000 BCE until the Middle Ages.

This latest find is a seal dating back to the 11th century depicting Mary, mother of Jesus. According to archaeology professor Nikolai Ovcharov, who has been excavating Perperikon for more than a decade, it is proof of the ties between Perperikon and the Bachkovo monastery, one of Bulgaria’s largest and oldest, about 70km northwest of Perperikon.

The seal belongs to a cousin of Gregory Pakourianos, the Byzantine politician and military commander who founded the Bachkovo monastery in 1083, shows there was correspondence between the monastery and Perperikon, which was likely the centre of the Pakourianos family land holdings in the Eastern Rhodope area, Ovcharov said. 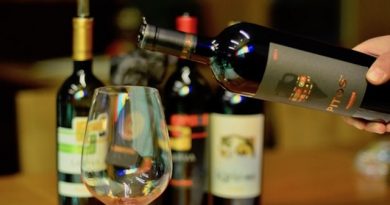 Consumption of wine in Bulgaria dropped during Covid-19 restrictions – report