The new line-up of Bulgaria’s Supreme Judicial Council (SJC), which took office earlier this month, voted on October 19 to elect Georgi Cholakov as the next head of the Supreme Administrative Court (SAC), one of the country’s two high courts, confirming the choice of its predecessors.

The council decided not to re-start the election proceedings, as favoured by some members of the SJC, and chose instead to hear Cholakov at its weekly meeting. After the hearing, Cholakov’s nomination received 20 votes, with four opposed.

Cholakov was widely seen as the favourite for the job due to the support offered by incumbent SAC chief Georgi Kolev, whose term expires in November.

Kolev was seen as one of the mainstays of the majority block in the previous SJC – made up mostly by Parliament’s appointees and members elected by prosecutors – that are opposed by the smaller and more reform-minded group made up of members elected by judges.

Cholakov’s appointment has to be made official by decree from President Roumen Radev, who previously declined to make the appointment, arguing that the new line-up of the SJC had to elect the head of the court.

As head of the SAC, he will be one of the three ex officio members of the SJC, alongside Supreme Court of Cassation Lozan Panov and prosecutor-general Sotir Tsatsarov. 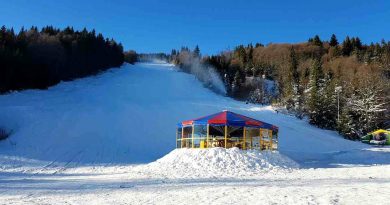