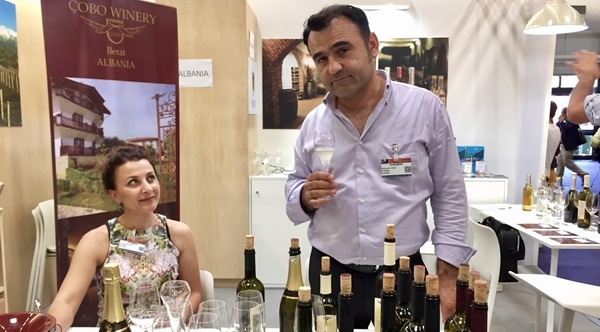 Sticky situations can bring out the worst in people. Same goes for wine: when too hot, any flaws are more evident. Yet the wines from Balkan countries presented at Vinexpo Bordeaux stood up to the lethargy-inducing weather and won many new fans.

Vinexpo Bordeaux, which has historically been the pre-eminent international wine and spirits trade congress, takes place every two years ; in 2017, it was held from June 18–21 and counted more than 2300 exhibitors from more than 40 countries, with an unofficial estimated attendance of 45 000.

And if winemakers from around the globe are getting too familiar with the agriultural effects of climate change, Vinexpo visitors and organisers encountered extreme weather face-on, with an average daytime temperature of 32–34C in what is usually a milder region of France.

Emotions were, for the most part, positive, with first-time participant Çobo Winery’s founder and CEO, Dottore Muharrem Çobo, saying that he’d got good feedback so far on his wines.

“People are finding them very natural and good,” he told The Sofia Globe on the second day of the exposition.

His was one of two Albanian wine estate present, and is one of perhaps 100 in that country. “People might be surprised” to see that Albanian wines exist, he said, but noted that he received more than 5000 visitors a year to his Berat property, and that many people elsewhere knew someone from Albania, thus connecting the two. His family traces its commercial winemaking to the early 1900s.

The majority of his deep, beautiful wines, which command prices of 8–15 euro in Albania, took advantage of the rich range of the country’s native grape varieties. Much of his production is exported to Switzerland, and he hoped to increase that reach at Vinexpo.

Another Vinexpo first-timer, Macedonia’s Stobi Winery winemaking director Andon Krstevski, said that he decided to participate due to the opportunity to be associated with sommelier Andreas Larsson’s media outlet, TASTED 100% Blind. The congress was “huge”, he said. “The entire world is here.” Krstevski got degrees in winemaking in France (Dijon and Bordeaux), and so speaks French, which facilitated one of his goals for Vinexpo: to find contacts. Stobi’s wines are already exported to 20 countries, from China to Russia, to the USA and Canada.

“The hardest part is to get the wines tasted,” Krstevski said, explaining that “people tend to be traditionalists everywhere” and had hesitations about trying wines from unfamiliar countries or grapes.

Ante Toni Bačić, a négociant in Bordeaux whose company, Les Robes de l’Est, specialises in importing and selling Balkan wines in France, told The Sofia Globe that wines from Croatia, Hungary, Serbia, Armenia, Georgia and, soon, Macedonia are doing “very well” for him. “They’re complementary” to French wines, he said. 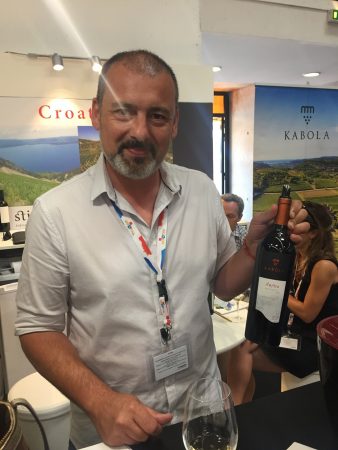 When asked about the lack of Bulgarian wines in his book, he said that he had not yet found a well-made Bulgarian wine from a native grape variety at a small or family-run winery. Thanks to encounters at Vinexpo, he learnt that there was more to Bulgarian wine grapes than mavrud.

Greece, a better-known, at least on the international market, Balkan wine producer, had an entire stand showcasing various of its wineries.

Estate Argyros winemaker and manager Stefanos Georgas said that while 2017 was not the company’s first Vinexpo, this year was a “tough decision” because of the diminishing interest in and impact of the congress globally. This sentiment was directly expressed by many other visitors and exhibitors as well.

Yet, partially due to the reputation of the Santorini estate and its already established export markets, interest had been encouraging. Argyros’ wines were not available in Bulgaria, because, until recently, the company “did not have enough to supply”.

Nor were the wines of Domaine Mega Spileo, part of the Cavino corporation, available in Bulgaria.

“Bulgaria has wine production that is quite good and quite cheap, so it’s difficult for Greek wines to compete,” Cavino export and marketing manager Giorgios Kanakis said, while adding that it did sell a mavrodafne through Lidl under a private label in Bulgaria.

“We thought about supplying ski resorts where Greeks go, but unfortunately, until this moment”, nothing has been concretised. If such were to take place, Kanakis conjectured that typical Greek varieties would do better, “something special that is not so common for Bulgaria”.

A realisation taking place around the world, regardless of the temperature. 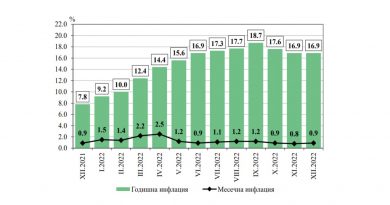