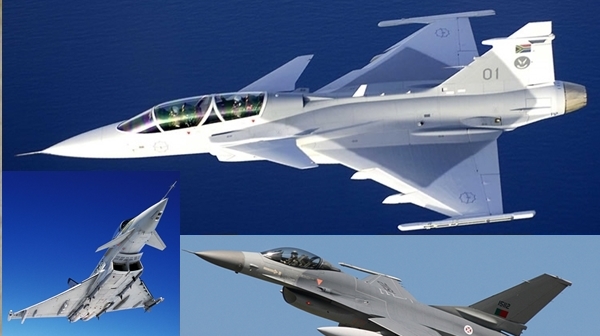 Speaking in the National Assembly building on June 23, Bulgarian Defence Minister Krassimir Karakachanov confirmed that the country would not buy used F-16s from Portugal, while negotiations with Sweden about Gripens and Italy about Eurofighters would go ahead.

Karakachanov told journalists that the reason that Bulgaria would not proceed with the bid from Portugal to supply US-made F-16s was that the payment installments in the first years were higher than expected.

Bulgaria plans to acquire eight multi-role fighter jets, with the current budget for the purchase set at a 1.5 billion leva. The idea is to agree on deferred payments over at least eight years.

In 2016, Bulgaria – a Nato member since 2004 but which has not achieved finality of getting new fighter jets to bring it up to alliance standards – issued a formal request for proposals.

Bids were submitted regarding the Gripens, Eurofighters and F-16s. A military expert committee ranked the Gripens the highest, in a report examined by the January/May 2017 caretaker cabinet.

Karakachanov told reporters that in assessing the bids, the main requirement was deferred payments over a longer period, and the Portuguese bid had not satisfied this requirement.

“We have a previous government decision, and if we break it, we will be accused of taking such action for one or other reason,” he said.

Karakachanov said that the negotiations would begin after a vote in Parliament and the granting of a mandate for the Defence Minister to start negotiations.

The timeframes were reworked to stretch payments out over a longer period, of more than 10 years, to ease the burden on the budget.

“About the fighters, the idea is once the contract is finalised, to pay the first installment and to decide the period when the first will be delivered. I think it is possible for the first to be delivered in the second or third year, and so forth over time,” he said.