A statement by Russian president Vladimir Putin, at a meeting with his counterpart from Skopje, that Slavonic script “came from Macedonian lands” has caused sharply raised eyebrows in Bulgaria and several reactions from the country’s politicians and diplomats.

Putin’s statement, recorded on the Kremlin website, came on May 24 as Bulgaria held its traditional annual public holiday to celebrate Saints Cyril and Methodius, authors of the script that became Slavonic script, and Bulgarian literature and learning.

The Putin statement was due to be discussed on May 25 at a previously-scheduled meeting between Bulgarian Prime Minister Boiko Borissov and Russian ambassador Anatoly Markov, which otherwise had been expected to focus mainly on energy issues and other key topics in bilateral relations. 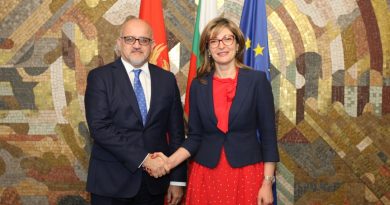