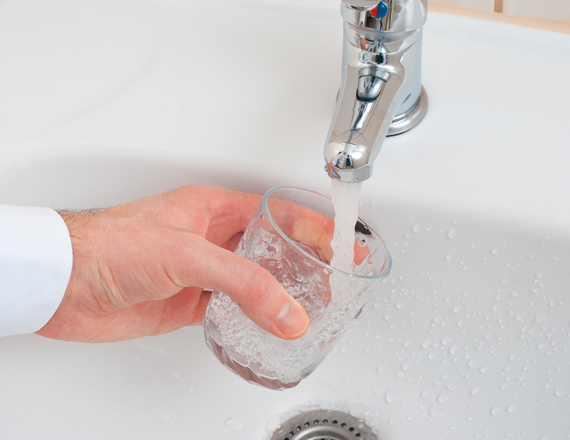 Bulgarian President Roumen Radev has labelled as a “repeat of the Chernobyl syndrome” reports of information being concealed from people about elevated levels of natural uranium and alpha particles in some drinking water supplies in the town of Haskovo.

This was among the latest twists in a saga that has preoccupied Bulgarian media for some days, with reports of uranium found in water supplies in Haskovo, the Plovdiv region village of Purvomai, and on April 21, the spa town of Velingrad.

In Parliament, the Bulgarian Socialist Party – apparently destined to remain in opposition with GERB leader Boiko Borissov poised to form a third government – has sought to pin the blame on the previous Borissov government.

Radev, elected in November 2016 on a socialist-backed ticket that defeated the GERB candidate, visited Haskovo on April 21, meeting local officials.

Likening the lack of disclosure about the water problem to “Chernobyl syndrome” – an apparent reference to the fact that the fatal disaster at the Soviet-made nuclear power station was kept from Bulgarian public knowledge during the communist era – Radev said that “officials and responsible institutions have put people’s health at risk, which is unacceptable”.

Speaking in the National Assembly on April 21, Ilko Semerdzhiev – health minister in the caretaker administration appointed by Radev in January – told MPs that there was no health risk from the water in Haskovo.

He said that on April 4, the Environment and Water Ministry had informed the Regional Health Inspectorate that in some parts of the water supply in Haskovo, there was elevated uranium content and alpha particies. Use of these parts of the system was suspended.

According to Semerdzhiev, who said that more conservative standards for acceptable levels of natural uranium in water had been in place in Bulgaria since 2011, short-term exposure to water with elevated uranium levels was not an immediate risk to public health.

He said that the health, regional development and environment ministries would come up with an interim report with recommendations on stricter controls of water resources, especially those near uranium mines that had been closed down.

In Parliament, proceedings on the topic of the water in Haskovo and elsewhere went on for about two and a half hours. GERB and the BSP called for investigations into who was responsible for the situation. GERB said that part of Haskovo’s water pipeline should be replaced, a project that would cost close to two million leva.

The BSP called for the setting up of a special commission to establish how the situation had come about and to find a solution to the problem in Haskovo.

Following reports about uranium levels in water in Purvomai, reports said that elevated levels of uranium had been detected in the water in some parts of Velingrad. The head of the regional health inspectorate in Pazardzhik, Dr Fani Petrova, said that on April 20, emergency action had been ordered to remove any possible risk to the health of the population.

For BSP spokesperson and MP Elena Yoncheva, the blame for the situation lay at the door of the Borissov government. Yoncheva, who was elected from the Haskovo electoral district, told the National Assembly that then-health minister Petar Moskov (of the Reformist Bloc) and the then-ministers of regional development and of the environment – Lilyana Pavlova and Ivelina Vassileva (both of GERB) – were responsible.

Yoncheva said that “people in the town of Haskovo are worried”. She said that because of the stopping of pumping stations, there was a “real danger” of water restrictions in Haskovo.

“For months, citizens have consumed water from the central water supply, which has elevated indicators of uranium and alpha activity,” Yoncheva said.

Noting that it was on April 14 that water in Haskovo had been not recommended for use, she asked for how long it had been known that the water contained heightened uranium and alpha particles.