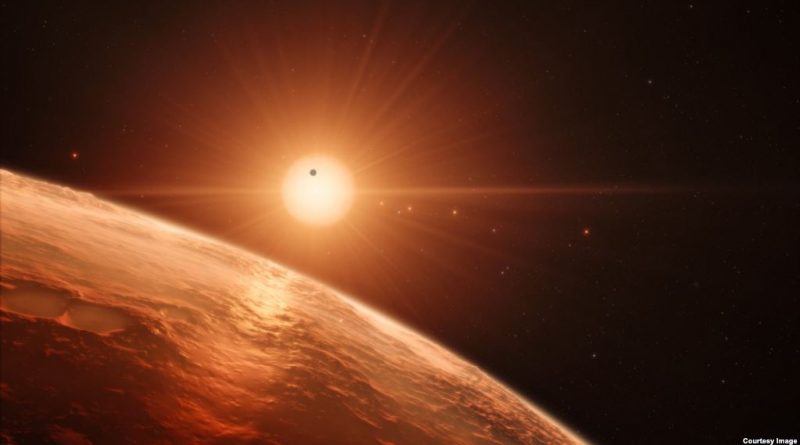 An international team of astronomers, using an array of ground and space telescopes, has discovered an astonishing seven Earth-sized planets in a system just 40 light years away.

The seven planets, according to a press release, “all have masses less than or similar to the Earth.”

According to scientists, the temperatures on the planets “are low enough to make possible liquid water on the surfaces…” as the planets are in that perfect habitable or “goldilocks zone,”

Michaël Gillon, of the STAR Institute at the University of Liège in Belgium, is the study’s lead author. Gillon says he is delighted by the findings. “This is an amazing planetary system — not only because we have found so many planets, but because they are all surprisingly similar in size to the Earth!”

The new findings are outlined in today’s journal Nature.

The planets were discovered orbiting around a small, ultracool (as in temperature) star called TRAPPIST-1.

It is similar to another dwarf star, Proxima Centauri, that’s just 4.2 light years away from Earth. It also made news last year when scientists discovered an Earth-like planet, dubbed Proxima b, in its orbit that is also in the goldilocks zone.

These Earth-like planets are no surprise to Alan Boss, an astrophysicist who spoke to VOA about Proxima b a few months ago. Back then he said there may be as many as “1.2 habitable Earths per star.”

Finding the planets was an international effort. Astronomers had already discovered three Earth-sized planets orbiting the star last year. Those were discovered by monitoring so-called ‘transits,’ when planets cross in front of the star, dimming their light.

So researchers decided to take a closer look and monitored the star “for months with different telescopes in Chile, Morocco, Hawaii, La Palma and South Africa, and in September 2016, NASA’s Spitzer Space Telescope monitored TRAPPIST-1 for 20 days.”

Their work discovered four more planets, all of which “could potentially have liquid water on their surfaces.”

The researchers say all of the planets are about the same sizes as Earth or Venus, but any resemblance to our solar system ends there.

For one, everything is smaller on TRAPPIST-1, beginning with the star itself, which is only about 8 percent the size of our sun, making it just a bit larger than our largest planet, Jupiter. That puts all seven of these planets “in far closer orbits than we see in the solar system.”

And more information is on the way. The James Webb Space Telescope will be launched in 2018 and will be able to take an even closer look at the planets around TRAPPIST-1.

Brice-Olivier Demory, one of the authors and a professor at the University of Bern’s Center for Space and Habitability, says adding the Webb Telescope into the mix will allow us to move beyond looking for planets, and instead start looking for life. “The James Webb Space Telescope,” he says, “Hubble’s successor, will have the possibility to detect the signature of ozone if this molecule is present in the atmosphere of one of these planets…This could be an indicator for biological activity on the planet.”

He says that making definitive statements concerning life beyond Earth will never be simple, but like Boss told VOA last year,” I expect to still be alive when it happens.” 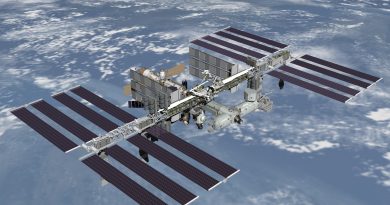