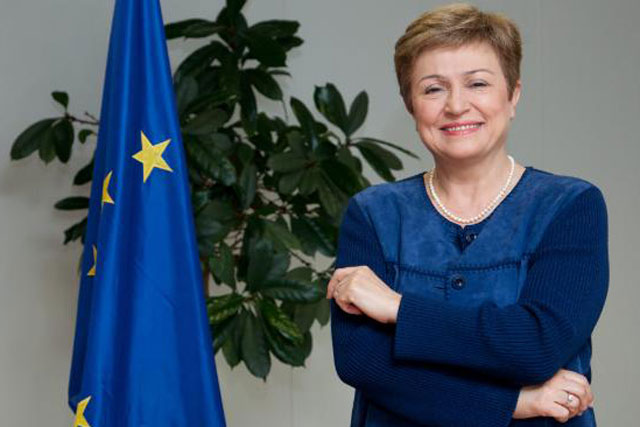 The late entry of Kristalina Georgieva as an official entrant to the race to be the next Secretary-General of the United Nations means her country’s campaign has to get up to speed very fast – even allowing for the discreet rallying of support that preceded Bulgaria’s official endorsement of her candidacy.

There are likely to be changes within the Foreign Ministry team that first was set up to campaign for Irina Bokova, the Unesco head whose low-ranking performance in a series of UN Security Council votes was cited as the reason for the Bulgarian government to switch its support to Georgieva, a well-respected European Commissioner.

While much of the diplomatic manoeuvring about the UN race will take place behind closed doors, even that involving European capitals that strongly favour Georgieva, one foreign minister was quick to endorse her.

Latvia’s foreign minister Edgars Rinkēvičs said in a Twitter message: “Full support to the decision by Bulgarian government to nominate @KGeorgievaEU for UN top job, she is an excellent candidate”.

Others to publicly welcome the Georgieva nomination included Georgieva’s colleague on the European Commission, Cecilia Malmström, as did Jan Engeland, secretary-general of the Norwegian refugee council, who said in a tweet:”Good news for the UN and for humanitarians around the world: @KGeorgieva launched as new UN SG”.

In Bulgaria, loyalists to the Bokova camp continued to complain, among them former monarch Simeon Saxe-Coburg and former foreign minister Solomon Passi. An array of left-wing commentators paraded in the media to accuse Prime Minister Boiko Borissov’s government, in deciding to nominate Georgieva, of everything just short of treason.

The hysteria extended to the National Assembly, which on September 29 failed to secure a quorum to hold its scheduled sitting, because the opposition Bulgarian Socialist Party and Movement for Rights and Freedoms MPs declined to formally register as present. The governing majority saw the boycott as retaliation for the dumping of Bokova – who has a long socialist pedigree – in favour of Georgieva.

The BSP intends gathering signatures to petition for a motion of no confidence in Borissov’s government over the dumping of Bokova, billing the motivation for the requested debate as the government’s conduct of foreign policy. Observers, however, doubted that the socialist opposition could rally sufficient signatures to call the debate.

Bokova has insisted that she is still in the race. The latest call from within Bulgaria for her to bow out came from the nationalist Patriotic Front, on September 29.

Publications including the Wall Street Journal, the Economist and the Times emphasised that Georgieva was likely a stronger candidate than Bokova, given Georgieva’s experience in senior positions at the World Bank and in the EU.

In Moscow, a foreign ministry spokesperson said that Georgieva’s nomination had “no relation to us”.

Russia was seen as an initial backer of Bokova. Asked about the Georgieva nomination, the Russian foreign ministry spokesperson said on September 29 that the decision was Bulgaria’s “and we really hope it was a sovereign decision”.

“Whether it was sovereign or not – please ask the Bulgarian leadership,” the spokesperson said.

Meanwhile, Bulgaria is not the first country to have two candidates in a UN race. This happened in 1991, when Norway had two – then-prime minister Gro Harlem Brundtland and then-foreign minister Thorvald Stoltenberg.

On September 29, Bulgarian media said that the Georgieva campaign could face a problem in funding. An unconfirmed report in 24 Chassa, quoting what it said were government sources, said that only about 40 000 leva (about 20 000 euro) remained of the 106 000 leva budget originally voted by Borissov’s goverment for the Bokova campaign. This money is to be immediately transferred to the Georgieva campaign.