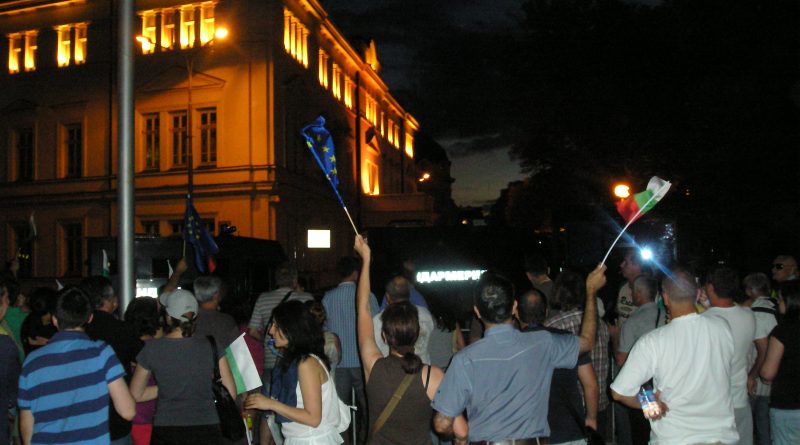 Fallout from the dramatic clashes in Bulgaria’s capital city Sofia between police and anti-government protesters continues to reverberate, with the European Commission saying that it followed events with concern, but denying that EC Vice President Viviane Reding had taken sides ahead of the clashes.

At a July 24 news briefing, EC spokesperson Olivier Bailly said that the Commission followed events in Sofia the previous night “with concern”, adding that this was “an internal issue of public order and the right to demonstrate in Bulgaria”.

“The Commission calls on all sides to show the necessary restraint,” Bailly said of the clashes, in which about 20 people were injured as police sought to secure an escape passage for members of Parliament in the face of a blockade by anti-government protesters.

“I think we should not try to put the comments of Vice President Reding on one side or the other in this political situation in Bulgaria,” he said.

Other items from The Sofia Globe’s notebooks:

* In the capital city, Sofia mayor Yordanka Fandukova, the subject of a formal complaint to prosecutors by ultra-nationalists Ataka for allegedly being “idle” in the face of 40 days of what the party saw as unlawful protests, was effectively defended on July 24 by Prosecutor-General Sotir Tsatsarov.

He said that he found no fault with the conduct of Fandukova and said that the complainants, meaning Ataka, seemed to be reflecting their own behaviour in their complaint against the mayor about law-breaking.

Fandukova also said, referring to criticisms that she had failed to prevent protests going on after the legal deadline of 10pm, that it the job of the police – and not hers – to enforce the law.

Separately, she told local media that municipal inspectorate officials had estimated damage in the city on the night of July 23, when paving stones and other objects were grabbed to build makeshift barricades, to add up to 30 000 leva (about 15 000 euro). 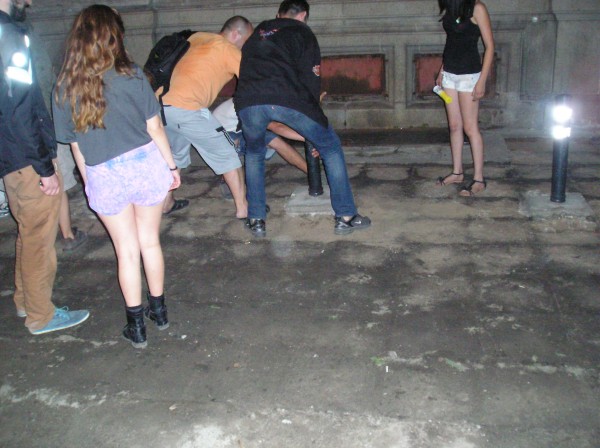 * The blame game continued through the day. Interior Minister Tsvetlin Yovchev, who reportedly authorised the attempt to use a bus to ferry out MPs from the besieged Parliament and has been the subject of criticism for a move seen as having been the catalyst for the clashes, in turn criticised Parliament for scheduling business – the controversial amendments to Budget 2013 – that started at 5pm and went into the evening hours.

* Bulgarian President Rossen Plevneliev said in a statement that he was prepared to call a meeting of the Consultative Council on National Security – among those who asked him on July 24 to do so were former president Georgi Purvanov and one of Bulgaria’s two big labour unions, CITUB – but cautioned that it is not “an exercise in political confrontation for the sake of it, but an instrument to reach agreement and solve crises at the highest political level.”

The council’s meeting during the protests in February was successful in that respect, but the previous attempt to hold a meeting of the council, on June 20, did not have the same result, Plevneliev said.

That meeting ended in debacle when ultra-nationalist Ataka leader Volen Siderov interrupted proceedings seeking to pepper Plevneliev with questions about the President’s alleged offshore accounts, a claim raised by media controlled by interests close to Delyan Peevski, the controversial MP whose appointment as head of the State Agency for National Security on June 14 sparked the anti-government protests in the first place.

* A number of minor extra-parliamentary parties added their voices to July 24 calls for the Bulgarian Socialist Party government to resign immediately because of the Sofia clashes.

These included the Union of Democratic Forces, Democrats for a Strong Bulgaria, Order Law and Justice Party and the National Movement for Stability and Progress.

“Yesterday evening we once again saw demonstration of force in front of the National Assembly on the part of the politicians in power. We saw how the Bulgarian police were beating citizens who had come to peacefully stand up for their rights and wish to live in a normal democratic state,” the Union of Democratic Forces said.

The Union of Democratic Forces “vehemently condemns” the clashes between the police and the Bulgarian citizens protesting peacefully, the party said. “They have showed that there is an attempt to infringe on democracy and everyone’s right to express their opinion freely,” the party said.

The National Movement for Stability and Progress said that “last night, the government’s clock stopped ticking. Its political life is over.”

The National Movement for Stability and Progress, a former governing party originally formed around former monarch Simeon Saxe-Coburg “vehemently condemns the Bulgarian police’s violence against the protestors. We vehemently condemn also the people who were throwing stones. We strongly believe that in democratic times dialogue should not be held with truncheons and stones. We believe it is no use prolonging the political agony and destroying the foundations of the state system,” the party said.

Angelov has been the head, for the past eight months, of the European policy department in the international co-operation directorate of the ministry. His previous career stops include four years as justice and internal affairs attache of the Bulgarian permanent mission to the EU and three years as the Interior Ministry’s representative at the Bulgarian embassy in London.

Marinov is  a former adviser on defence and security issues to Plevneliev, a position he held until March. Before that, he had a long career in Bulgaria’s intelligence service and the State Agency for National Security, which incorporated the service in 2008. 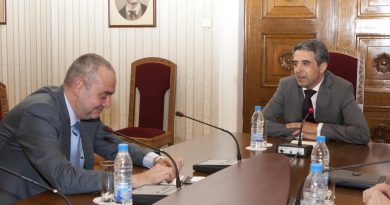