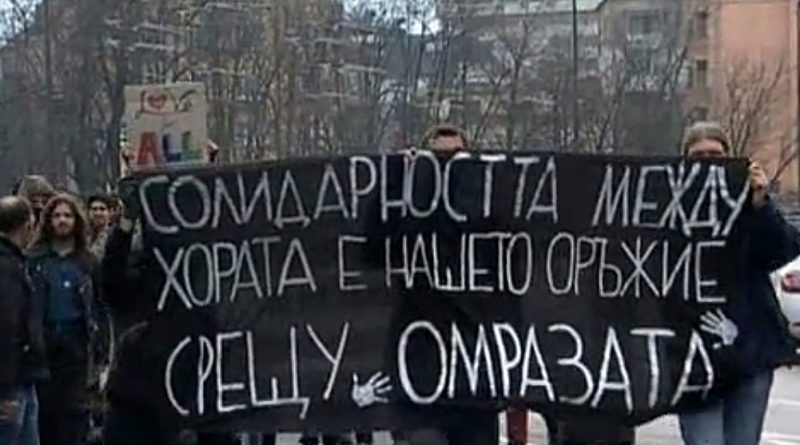 A procession themed “No Nazis in Our Streets” was held in Sofia on February 12 against the planned annual Lukov March that honours a World War 2 Bulgarian general seen by critics as having been a pro-Nazi anti-Semite.

Participants in the procession said that they opposed the increasingly prominent xenophobic and racist rhetoric and did not want to see demonstrations of hatred in the public domain. 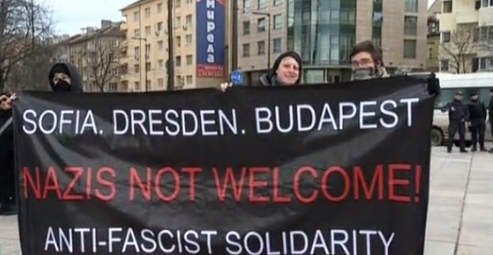 Antifa, the anti-fascist organisation involved in the February 12 parade, also take exception to the Lukov March this year being held on February 19, when Bulgaria commemorates the Ottoman-era execution of Vassil Levski, the national hero who struggled for his country’s freedom.

Levski is remembered for advocating a free Bulgaria in which all ethnicities would live in harmony and mutual tolerance.

General Hristo Lukov headed the Union of Bulgarian National Unions, which its detractors condemn as having spread xenophobic and anti-Semitic ideas and having wanted to see the deportation of Bulgarian Jews to Nazi Holocaust death camps.

In 1943, Bulgarian civil society, with the notable participation of the Bulgarian Orthodox Church and some politicians such as Dimitar Peshev, successfully stood together to prevent the deportation of Bulgarian Jews to death camps.

Lukov, who was Minister of War at the time that Bulgaria was allied to Hitler’s Berlin, was assassinated in Sofia on February 13 1943 by communist partisans.

The annual Lukov March, a torchlight procession through central Sofia that in recent years also has seen participation by far-right groups from elsewhere in Europe, has regularly been the subject of complaints by the embassies of Russia, the United States, Israel, Jewish and Muslim organisations, among others.

In past years, it has been banned by Sofia Municipality on the advice of the Interior Ministry and security and intelligence bodies, but has gone ahead anyway.