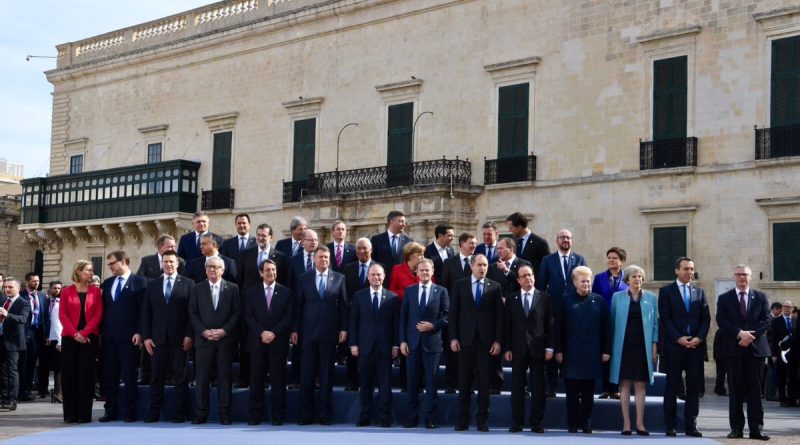 At an informal meeting in Malta on February 3, European Union leaders agreed on a plan involving working with Libya to counter irregular migration across the Mediterranean to Europe.

The EU leaders, with Bulgaria represented by head of state President Roumen Radev, signed off on a 10-point plan.

Priorities in the plan include training, equipment and support for the Libyan coast guard. The plan calls for stepping up complementary EU training programmes.

It also includes “further efforts to disrupt the business model of smugglers through enhanced operational action”, with an integrated approach involving Libya and other countries and various law enforcement agencies.

The plan envisages supporting where possible the development of local communities in Libya, especially in coastal areas and at Libyan land borders on the migratory routes, “to improve their socio-economic situation and enhance their resilience as host communities”.

It envisages ensuring adequate reception capacities and conditions in Libya for migrants, together with the UN High Commission for Refugees and the International Organization for Migration.

A further element is supporting IOM in “significantly stepping up” voluntary return activites.

The plan involves helping to reduce the pressure on Libya’s land borders, keeping track of alternative routes and possible diversion of smugglers’ activities and “continuing support to efforts and initiatives from individual member states directly engaged with Libya”.

Radev, in office as Bulgaria’s President since January 22, used the occasion for sideline talks with German chancellor Angela Merkel. Radev is due to pay an official visit to Berlin on February 6, where he will meet his counterpart, Joachim Gauck.

A statement by the Bulgarian President’s office said that Radev and Merkel discussed his forthcoming visit to Germany and “exchanged views on topical issues on the EU agenda”.

(Photos: Council of the European Union, and president.bg) 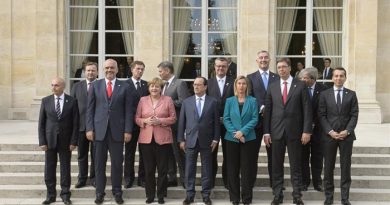