The European Commission (EC) said on December 16 that it welcomes the European Council’s adoption of a ninth package of hard-hitting sanctions against Russia for its aggression against Ukraine.

“This responds to Russia’s continued escalation and illegal war against Ukraine, in particular as Russia is deliberately targeting civilians and civilian infrastructure, seeking to paralyse the country at the beginning of the winter,” the EC said.

The ninth package comes on top of the full EU import ban on Russian seaborne crude oil, and of the global oil price cap agreed with G7 partners, both of which apply from December 5.

The EU has added almost 200 additional individuals and entities to its list of persons subject to a freezing of their assets.

This includes the Russian armed forces, as well as individual officers and defence industrial companies, members of the State Duma and Federation Council, ministers, Russian proxy authorities in occupied areas of Ukraine and political parties, among others.

This list covers key figures involved in in Russia’s brutal and deliberate missile strikes against civilians, in the kidnapping of Ukrainian children to Russia, and in the theft of Ukrainian agricultural products.

New export restrictions have been introduced on sensitive dual-use and advanced technologies that contribute to Russia’s military capabilities and technological enhancement.

The EC said that the most severe export restrictions are extended to 168 additional Russian entities closely linked to the Russian military-industrial complex in an effort to cut off their access to sensitive dual-use and advanced technology items. This brings the total number of entities sanctioned to 410.

“This decision has been done in close collaboration with our partners and includes military end-users working in various sectors such as aeronautics.”

An even wider array of business services can no longer be provided to Russia with the introduction of bans on market research and public opinion polling services, technical testing and analysis services, and advertising services.

Four additional Russian channels have been sanctioned in the EU.

The direct exports of drone engines to Russia and the export to any third countries, such as Iran, where there is a suspicion that they will be used in Russia is now restricted.

In addition to the already existing investment ban in the energy sector in Russia, new EU investments in the Russian mining sector will also be prohibited, with the exception of certain raw materials.

The EC said that the EU’s sanctions against Russia are proving effective.

“They are damaging Russia’s ability to manufacture new weapons and repair existing ones, as well as hinder its transport of material.”

The geopolitical, economic, and financial implications of Russia’s continued aggression are clear, as the war has disrupted global commodities markets, especially for agrifood products and energy, the EC said.

The EU continues to ensure that its sanctions do not impact energy and agrifood exports from Russia to third countries, the statement said.

As guardian of the EU Treaties, the EC is monitoring the enforcement of EU sanctions across the EU.

“The EU stands united in its solidarity with Ukraine, and will continue to support Ukraine and its people together with its international partners, including through additional political, financial, and humanitarian support,” the EC said. 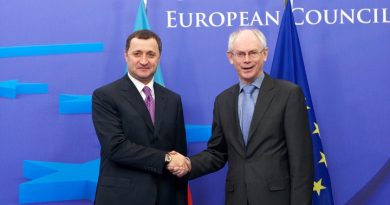