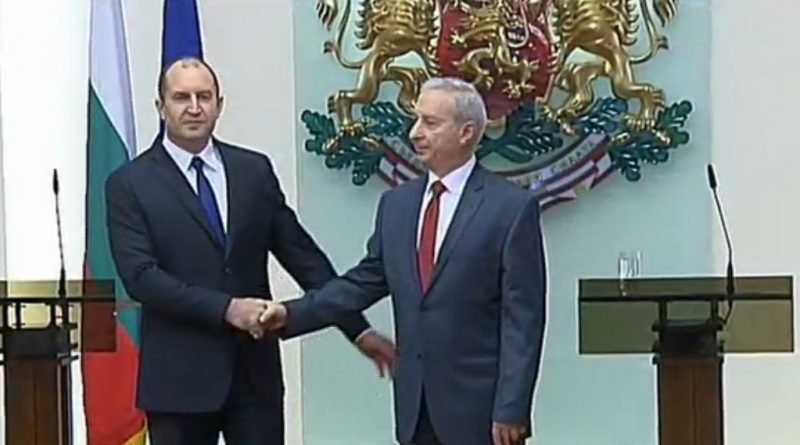 Bulgaria’s caretaker cabinet headed by Ognyan Gerdzhikov took office on January 27, with head of state Roumen Radev giving it the tasks of ensuring the smooth functioning of the state, ensuring fair parliamentary elections and preparing the country to hold the presidency of the European Union.

At a ceremony at the Presidency building in Bulgaria’s capital Sofia to introduce the caretaker cabinet, two hours before it formally took office, President Roumen Radev said that Gerdzhikov was a lawyer with unquestioned authority, and noted that he had left his post to applause – a reference to the ovation given to Gerdzhikov after he was voted out as National Assembly Speaker in February 2005.

Radev said that the complex geopolitical situation facing the country called for security, stability and the carrying out of tasks important for society and the state. The caretaker cabinet would be operating in a complex political and domestic situation, he said.

Ensuring the financial, social and economic stability of Bulgaria was of utmost importance. This meant that there should be smooth and efficient functioning public administration.

“I believe that the professionalism of the caretaker ministers is a guarantee that this important task will be carried out,” Radev said.

He said that the caretaker government must take every step necessary to ensure that the March 26 2017 early parliamentary elections were not manipulated and that there were no actions that damaged the electoral process.

Bulgaria’s presidency of the EU, in the first half of 2018, was a further important task of the caretaker cabinet.

Bulgaria’s EU presidency was “not only a challenge but also a great chance of our country, not only to demonstrate leadership, but also to declare and defend our priorities,” Radev said.

“For this task it is necessary to improve co-operation and co-ordination between institutions at all levels,” he said, underlining that this was why the caretaker cabinet included the post of deputy prime minister in charge of preparations for the EU presidency.

Radev, formerly the general commanding Bulgaria’s air force before winning the presidency in November 2016 on a ticket backed by the Bulgarian Socialist Party, said that the caretaker government must carry out a “comprehensive expert analysis” in each ministry.

From November 2014 until the January 27 2017 handover, Bulgaria’s government has been headed by Boiko Borissov, who was prime minister in a coalition cabinet made up initially of four and later three political groupings.

Radev pledged close monitoring to ensure zero tolerance for corruption and monitoring for compliance with the rule of law.

He called on the caretaker cabinet to be politically unbiased and to maintain national sovereignty in the already raging election campaign.

Speaking at the handover ceremony, Gerdzhikov, noting that his administration’s main task was the organisation of the March 2017 parliamentary elections, said that everything would be done to prevent or at least definitely reduce vote-buying.

Gerdzhikov, a law professor, said that the caretaker government had the same powers as any other government, with the proviso that its main limitation was the time horizon.

Addressing himself to the now-departed Borissov government, he said that his administration “we will not wipe out the positive things that have been done, but we will correct errors”.

He said that he hoped that people did not expect that his government would announce detailed plans on the first day of its term of ofifice.

“It is essential for us to get acquainted from within with the situation in the institutions and the state in general, after which we will announce our findings and act on that basis,” Gerdzhikov said.

“We will make every effort to preserve financial stability, as well as order and security in the country,” he said.