A late-night start proved no obstacle for Bulgaria’s Grigor Dimitrov as he closed play on day six of the Australian Open in the early hours of morning on January 22, beating Frenchman Richard Gasquet in straight sets (6-3, 6-2, 6-4) to book a place in the fourth round.

With little air between the two in the rankings – Dimitrov is seeded 15th at the Australian Open and Gasquet is the 18th seed – the lengthy early exchanges promised another marathon match, but an early break of serve for the Frenchman appeared to light a fire under Dimitrov.

The Bulgarian broke back immediately and kept the pressure up, scoring 19 winning shots against just five for Gasquet in the first frame, and it paid off in the eighth game of the set, when Dimitrov broke Gasquet’s service to love.

After closing the first set on his serve in the ensuing game despite digging himself into a 0-40 hole, Dimitrov went on to break service to start the second set and kept battering his opponent. With Dimitrov’s first serve improving as the match went on, Gasquet struggled to make any headway and a single breakpoint was enough for the Bulgarian to take the third set and wrap up the match in two hours and two minutes.

It was the second win in a row for Dimitrov against Gasquet, after losing their first five meetings and the speedy dismissal could prove crucial against his fourth-round opponent, Uzbekistan’s Denis Istomin, who followed up his five-set upset of second seed and defending champion Novak Djokovic in the second round with another five-setter, this time against Pablo Carreno Busta of Spain (6-4, 4-6, 6-4, 4-6, 6-2) earlier in the day.

In their two previous matches, Istomin won the first, in a Challenger Tour match in Besancon in 2009, while Dimitrov prevailed in straight sets when the two met at the Shanghai Masters in 2014. Another win would put Dimitrov in the quarterfinals of the Australian Open for the second time in four years and, given Djokovic’s shock exit and Dimitrov’s own strong start to the year, the Bulgarian could be primed for a deep run in Melbourne. 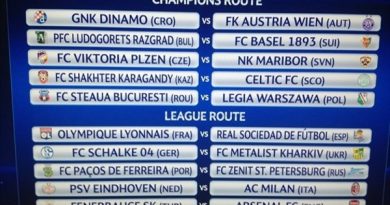