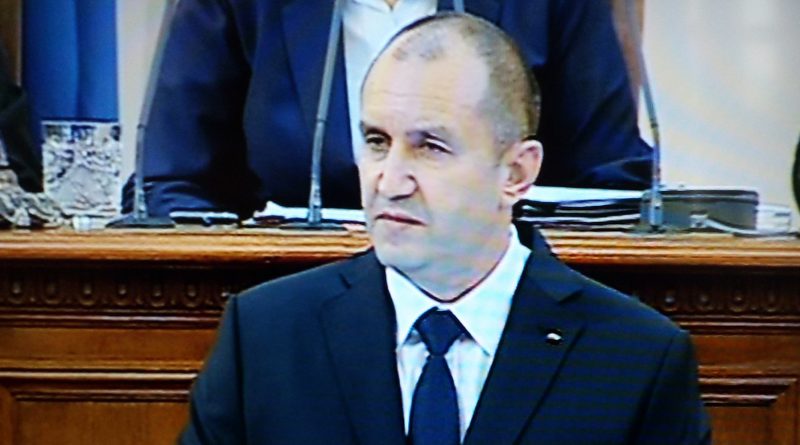 In Bulgarian politics, the convention is that new office-bearers are accorded a 100-day honeymoon. President-elect Roumen Radev’s lasted 22 minutes when some MPs walked out of the National Assembly, offended by a line in the speech he was reading after taking the oath of office as head of state.

One of the first tasks of Radev, elected on a socialist-backed ticket, will have will be to open the way for early parliamentary elections – dissolving the current National Assembly, appointing a caretaker government and decreeing an election date.

Some of the MPs from Boiko Borissov’s centre-right GERB, the Reformist Bloc and nationalist Patriotic Front co-leader Valeri Simeonov walked out of the House, later telling reporters they were offended by the tone of the speech that Radev delivered, offended by his line: “You have one more week”.

At one point, Speaker Tsetska Tsacheva had to call for order, an unusual moment as convention requires that a speech by a new head of state normally would be received without interruption.

Tsacheva, defeated in Bulgaria’s November 2016 presidential elections at the hands of Radev, and Borissov both publicly wished Radev luck as the former air force commander took on the role of president. Borissov contrasted his attitude to the hostility shown by the socialist opposition to outgoing President Rossen Plevneliev, who took office five years ago after winning election on a GERB ticket.

The speech by Radev, whose attitudes to Russia and to Bulgaria’s latter-day pro-Western orientation are being carefully watched, and who as President is conceded a role in foreign policy by the constitution, noted that Bulgaria was a member of the European Union and of Nato.

Membership of both was a strategic choice that should not be questioned, “it is based on shared values and responsibilities with other partners”.

Effective membership presupposed a clear understanding and consistent defence of Bulgaria’s national interest within the two families, and active participation in the development of common solutions.

“Bulgarian foreign policy should be formulated in the country and asserted outside it, and not vice versa,” Radev said.

This policy should be open to the world and to winning friends and partners, not enemies, the speech said.

Bulgaria had the potential to enhance its active role in Southeast Europe with initiatives and actions to enhance security.

Radev expressed confidence that the European Union would not fall apart and that ways would be found to preserve it:

“I am convinced that united Europe should be preserved at all costs. The answer to all crises is solidarity in our efforts to overcome them.”

Bulgaria’s upcoming presidency of the EU, in the first half of 2018, was a challenge for the country and a huge responsibility, he said.

The migration crisis required a comprehensive European policy. “We need decisive measures to guard the border and to stop the path of illegal migration,” Radev said.

Bulgaria should stick to the Dublin agreement, he said.

Ensuring the security of Bulgaria and Bulgarians was a priority, Radev said, adding: “I will work to build forces capable not only to participate worthily in the Nato collective defence, but also to guarantee the territorial integrity of the country”.

He said that he would “closely monitor” the actions of the responsible institutions, in the complex process of choosing the new military equipment on which Bulgaria’s defence capabilities would depend for decades, and said that he would work to improve the social status of military service personnel.

“I will insist on maintaining realistic combat training as an important element of modern defence capabilities.”

Radev said that there clearly was crisis between, on the one hand, the EU and Nato, and on the other, Russia.

“Strengthening of confrontation is not the way to solve it. The Cold War is a sad experience from the past.”

The speech said that Radev believed that the role of the head of state was not to escalate concerns and point to an enemy but to contribute to solving the crisis with the mechanisms of the alliances of which Bulgaria was a member.

“I believe that the results of the US presidential election and the new political situation in the world offer hope for an early restoration of dialogue,” Radev said.

Radev, who said that he would be president of all Bulgarians,regardless of party affiliation, religion and ethnicity, said that a priority for the next National Assembly would be judicial reform. 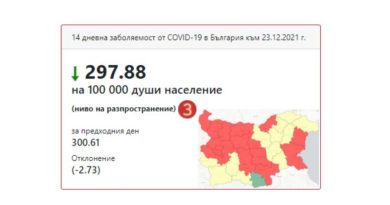