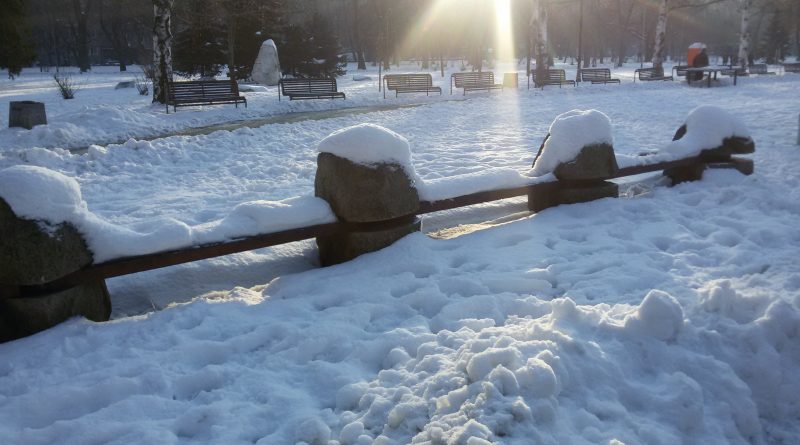 The village of Kosara in the Silistra region’s Glavinitsa municipality was cut off for a second day, and there were bottlenecks on most roads in the national network in the area, public broadcaster Bulgarian National Radio reported.

Throughout the night, municipal teams deployed equipment to assist people whose cars got stuck in snowdrifts, local authorities said.

BNR said that the Varna – Rousse train, which had been due to depart from Varna railway station at 9.15am, had been cancelled because of deteriorating winter conditions.

Snowdrifts cut off part of the road between Varna and Shoumen, between the village of Neofit Rilski and the border between the two regions.

The speed limit on section of the Trakiya Motorway between Zimnitsa and Bourgas was reduced to 80km/h, from the normal 140km/h, because of the snowfalls.

At the Danube Bridge at Rousse, a queue of lorries stretched to 15km. At 10am, lorries were barred from crossing the Promachonas border checkpoint, while lorries also were not allowed to cross the Ilinden border checkpoint into Greece because of heavy snowfalls in Bulgaria’s southern neighbour.

There were restrictions on lorries of more than 12 tons on the Mezdra-Botevgrad road, leading to a buildup of a long column of trucks.