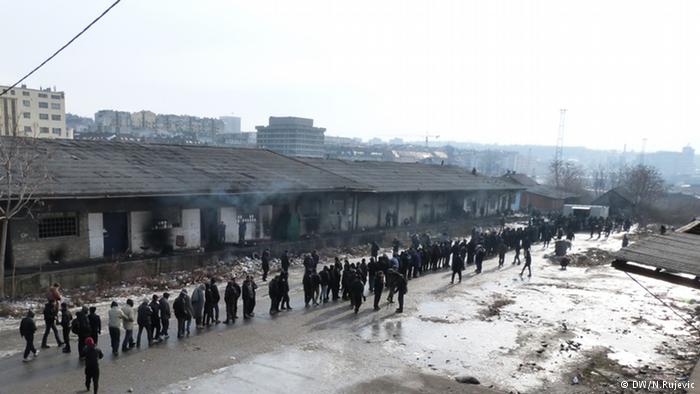 A great number of refugees are living in inhumane conditions in a warehouse in Belgrade. They are waiting to travel to Western Europe. In Serbia, people are arguing about who is responsible for the miserable situation.

When the bus rolled up, Abbas Khan was unimpressed as he lay on his gray blanket in “Little Peshawar.” That is what Khan and his companions call the tiny room they live in on the second floor of an old warehouse behind Belgrade’s main train station.

All of the men in the room come from Peshawar in Pakistan, and they are all too old to get on the bus. Currently, the Serbian Refugee Commission is only focused on relocating minors to official camps. Abbas Khan has been in Belgrade for months. He is what one might call a camp veteran.

More than 1,000 grown men and teenagers are stuck here, most from Afghanistan and Pakistan. Several say that they have been unable to find a spot in official asylum camps in Serbia. Others don’t even want to go to one because they are scared that they may be taken to the dreaded Preševo camp on the Macedonian border. Many believe that once they get there, they will be deported. Some are waiting for human traffickers rumored to have headquarters in Belgrade.

EU energy ministers: Europe is prepared for this winter