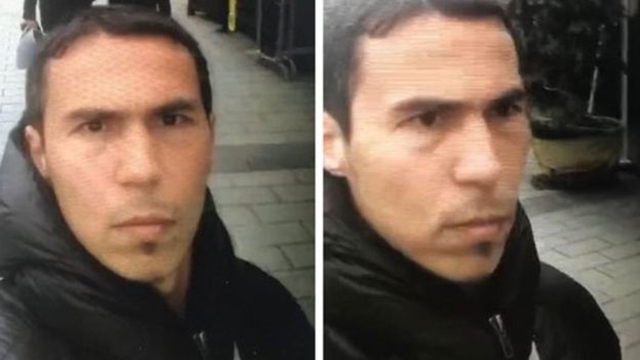 Turkish authorities say they are close to identifying the gunman being sought in connection with the New Year’s attack on an Istanbul nightclub that left 39 people dead, many of them foreigners. Islamic State has claimed responsibility for the assault.

Turkey’s Deputy Prime Minister Numan Kurtulmus told reporters Monday that authorities have obtained the fingerprints and basic description of the gunman. A grainy image of the suspected assailant taken from security camera footage has been released across Turkish media. Kurtulmus also confirmed that eight people have been detailed in connection with the deadly assault.

The attack began early Sunday with the gunman killing a police officer and a civilian outside the Reina nightclub before going inside. There were about 600 people, many of them foreigners, in the club at the time, some of whom jumped into the Bosporus strait in order to escape. Authorities said the shooter blended in with people leaving the club. In addition to those killed, about 70 people were injured.

In a statement Monday, Islamic State said one of its “heroic soldiers” carried out the attack and that it targeted Turkey for siding “with countries of the cross.” The group said the night club was targeted because it was a place where “Christians celebrated their apostles.”

“It was certainly expected that Islamic State would one way or another be linked to the attack,” said political analyst Sinan Ulgen, of EDAM, an Istanbul-based political research group. “Looking at both the nature of the target, a popular night club, (and) the timing, New Year’s Eve, made it likely to be Islamic State.”