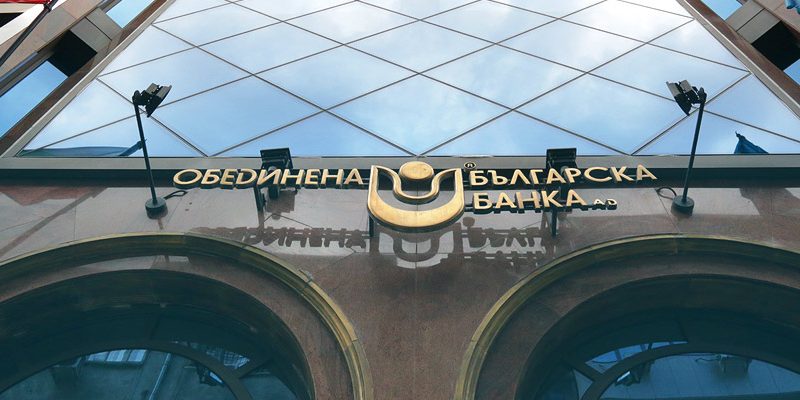 KBC said that it would use internal sources/available funds to pay the acquisition price in cash.

Before closing of the transaction UBB intends to make a 183 million euro extraordinary dividend payment to NBG subject to authorisation from the Bulgarian National Bank.

KBC has been present in the Bulgarian banking sector since 2007 through its subsidiary CIBANK.

The combination of UBB and CIBANK will result in the creation of the third-largest banking group in Bulgaria in terms of assets, with a market share of about 11 per cent, according to the statement.

Potential synergies (in terms of both revenue and costs) are estimated at 20 million euro (pre-tax 2023).

KBC has also been present in the Bulgarian insurance sector through its subsidiary DZI Insurance, active in both life and non-life insurance.

“Together, UBB-CIBANK and DZI will become the largest bank-insurance group in Bulgaria, one of KBC’s core markets, boasting strong macroeconomic fundamentals while still featuring a high degree of under penetration of financial services compared to developed, Western European markets.”

Following this acquisition, KBC will also become active in leasing, asset management and factoring in Bulgaria offering its customers a full range of banking services, the statement said.

Closing of the transaction is subject to regulatory approval from central Bulgarian National Bank and the Financial Supervision Commission of the Republic of Bulgaria, authorisation by the National Bank of Belgium (NBB) / the European Central Bank (ECB) and anti-trust approval.

The parties involved in the transaction expect the deal to close during the second quarter of 2017 at the latest, the statement said.

In 2007, KBC acquired both CIBANK and DZI Insurance. Collaboration in the field of bank-insurance between DZI and CIBANK has grown significantly in recent years.

CIBANK currently holds ninth position in terms of total assets. The bank serves its 250 000 retail and SME clients through a network of about 100 branches and through electronic channels.

Insurance is distributed through various channels. CIBANK is a universal bank, focused on home finance and savings. The bank offers a comprehensive range of financial services on the market, using the successful KBC distribution model for bank-insurance.

CIBANK has 1.5 billion euro worth of assets (as of September 2016), a loan portfolio of 0.8billion euro and deposits of 0.8 billion euro. DZI Insurance is active in both life and non-life insurance with market shares of 12 per cent and 11 per cent, respectively.

UBB was established in 1992 through the merger of 22 Bulgarian regional commercial banks and has been part of the financial group of the National Bank of Greece (NBG) since 2000.

UBB caters for retail, SME and large corporate clients and offers the full range of financial and banking products, among which investment banking, insurance, mutual funds, brokerage services and leasing through its affiliates.

UBB’s network comprises 190 branches and 691 ATMs in prime locations across the country, the media statement said.

The bank also has a strong presence in the corporate banking market with a share of eight per cent in corporate loans.

“UBB has a track record of strong pre-provision profitability. The bank has a robust capital position (CET1 ratio of 27.8 per cent as at the end of the third quarter of 2016) and reported the highest CET1 ratio among large banks in both the base and adverse stress test scenarios during the recent 2016 Asset Quality Review/Stress Tests,” the statement said.

“Its cost/income ratio amounted to 47 per cent in 2015, putting it among the most cost efficient banks in the sector.”

UBB is part of NBG Group, one of the largest financial groups in Greece, successfully operating for more than 160 years.

Interlease, a 100 per cent subsidiary of NBG, is a well-established brand built on a market presence of 21 years and is the third-largest provider of leasing services in Bulgaria with significant market shares across all major asset classes, the media statement said.