The EU executive has recommended member states resume returning migrants to Greece next year. The aim is to restore the Dublin accord which fell apart due to Athens’ money troubles and an influx of people seeking asylum.

The new policy would only apply to newcomers leaving Greece after March 15, 2017, the European Commission, the EU executive, said on Thursday. According to their recommendation, the change would not affect unaccompanied minors and vulnerable groups of migrants.

Italy and Greece are by far the main entry points for migrants from outside the EU. Under the Dublin accord, countries are obligated to process asylum requests for all who enter the EU through their territory. If the asylum seeker later leaves the “country of first entry” and travels to other EU states, the first country is obligated to take them back.

However, Greece was made exempt from this rule in 2011, when a court decided that conditions for migrants were “degrading” in the debt-ridden country. The Dublin accords were also deeply undermined by the unprecedented arrival of about a million people seeking refuge in 2015. Overwhelmed by the influx, Greek authorities started waving the migrants through their territory and toward richer EU countries like Germany and Sweden, which were also the destinations of choice for the migrants. 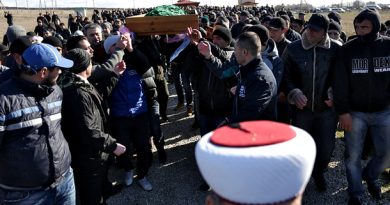