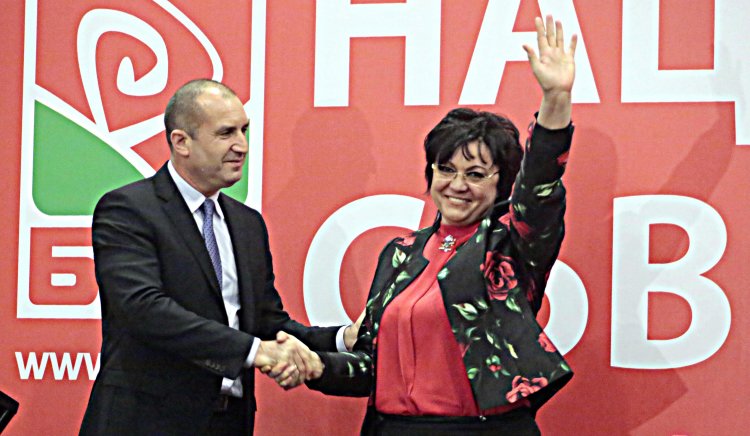 Roumen Radev, elected to take over as Bulgaria’s President in January 2017, attended a November 26 meeting of the opposition Bulgarian Socialist Party’s national council, praising party leader Kornelia Ninova and describing his election victory as “a success for the whole Bulgarian people”.

Media reports ahead of the meeting said that an initial version of the national council agenda described Radev’s appearance as a “report-back” but this reference was deleted, apparently over sensitivity about the future head of state participating in a party political event, and the official responsible for the wording was fired.

Radev, when he takes office as head of state, is meant to conform to the provision of the Bulgarian constitution that the President is the unifier of the nation. The Presidency, not a part of the executive arm of Bulgaria’s government, is supposed not to be involved in party politics.

Nominally the candidate of an “initiative committee”, Radev had the backing of the BSP in Bulgaria’s November 2016 elections.

At the national council meeting, he thanked BSP leader Ninova as “the person who had succeeded to look into the future, to take a courageous decision, with a lot of determination and a lot of strength to defend our candidacies and to the very last moment, bear 100 per cent personal responsibility”.

Radev was voted the BSP’s presidential candidate on August 17, at a national council meeting that lasted several hours and that went through a number of rounds of secret-ballot voting. That day, there was an original field of seven, after earlier in the week Ombudsman Maya Manolova withdrew, alleging the outcome to be fixed. Former BSP leader Mihail Mikov was one of the first to pull out of the presidential candidate race on the morning of August 17, saying that there was no point competing in a race that had a foregone conclusion.

Radev told the November 26 national council that with a leader like Ninova “who had the vision and strength to defend her decisions”, the BSP would have “the wisdom and responsibility to continue to work for the good of the Bulgarian people”.

He went on to say that his election victory was a “success for the whole Bulgarian people” noting that his ticket had by far outdone the predictions of opinion polling agencies.

It was Radev’s landslide victory over GERB candidate Tsetska Tsacheva that prompted Boiko Borissov to resign as prime minister. No elected government is expected to be formed on the basis of the current National Assembly, setting Bulgaria on course towards early parliamentary elections.

Radev said that many things were behind his electoral success, but mostly the fact that he had conducted a “modern and tolerant campaign”.

Answering questions from journalists after the meeting, Radev pronounced himself on his views on changes to the electoral system.

There has been much talk about this ahead of the early parliamentary elections expected in Bulgaria in spring 2017, and against the background of the November 6 national referendum which – while its outcome is not binding in Parliament because turnout was too low – saw large-scale support for a majoritarian system for electing MPs.

Radev, who as President in January will dissolve the National Assembly and decree the parliamentary election date in the aftermath of the resignation of the Borissov government, said that Bulgaria was “not ready” for a 100 per cent majoritarian parliamentary electoral system.

“It’s a complex process – if someone tells you that they will do it in two days, do not be fooled,” Radev said.

He said that in order to avoid the risks of distortion entailed in a 100 per cent majoritarian electoral system, there should be a proportional representation element. “We must use best practices from other countries in Europe.”

Asked what would be the most appropriate date for the early parliament elections, the President-elect said that this would be decided in consultation with the political parties, but there are constitutional deadlines that would be met.

According to Bulgaria’s constitution, after dissolving Parliament, the President must set an election date that is within two months from that date. Radev takes office on January 22, and given that Bulgaria customarily holds elections on Sundays, the earliest election date would be March 26, though several observers expect that it may be after that.

Meanwhile, the BSP national council decided that the party would hold a congress on February 4, to accept an election platform, changes in party statutes and a formula for participating in a coalition. 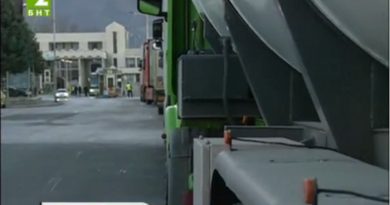