Turnout in the national referendum in Bulgaria on November 6 was expected to fall just short of the threshold that would make the results mandatory for the country’s National Assembly, according to the exit poll by Alpha Research, released soon after voting ended at 8pm.

The exit poll said that turnout was estimated at 45.3 per cent at 7pm. According to official figures from the Central Electoral Commission, turnout for the referendum was 39.4 per cent at 5pm, compared to 45.1 per cent turnout in the presidential election.

In order to become mandatory, the referendum results need to match the turnout in the previous nation-wide election, namely the 2014 parliamentary elections, when turnout was 48.7 per cent.

As it stands, the turnout is enough to make a debate in parliament mandatory – the threshold for that is a turnout of 20 per cent – but the National Assembly is not required to abide by the outcome of the referendum.

The results of the three questions asked in the referendum showed overwhelming support for change, according to the exit poll.

On the question about the introduction of a majoritarian vote to elect MPs, 74.2 per cent of the respondents said that they voted in favour, with 19.1 per cent opposed.

On the question about the introduction of a mandatory vote – a redundant question, considering that the presidential election was organised under an Electoral Code that already has a mandatory voting provision – 65.6 per cent of respondents were in favour and 26.2 per cent were opposed.

On the question about reducing the state subsidy for parliamentary-represented parties – to one lev for each valid vote received in the parliament election (as opposed to 11 leva, as stipulated in the draft 2017 Budget Act) – 78.1 per cent were in favour and 15.9 per cent were opposed. 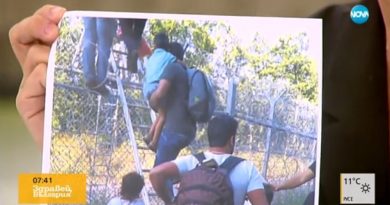