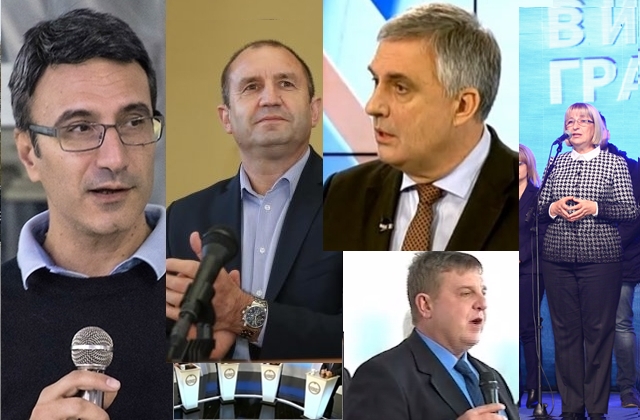 With five days to go before Bulgaria’s November 6 presidential elections, there seems scant to no chance that voters will see the two leading candidates debate each other again.

GERB’s Tsetska Tsacheva and the Bulgarian Socialist Party’s Roumen Radev met in the studio of bTV on October 20 in what was less a debate than a lacklustre episode of “20 questions”, and as flaccid a television event as that was, it may be the only debate in these elections – at least ahead of the first round of voting.

On the evening of October 31, bTV said that both Tsacheva and Radev had turned down participation in a planned November 2 presidential election debate.

The television station showed copies of letters sent to and received by the GERB and BSP campaigns on September 15 regarding participation in the November 2 broadcast.

Both candidates had declined, bTV said, with Radev saying that he would not attend because Tsacheva would not be there, and those who would take part were part of the “council of the ruling coalition”.

Of these, only Karakachanov, Kalfin and Traikov placed among the top five in the results of an opinion poll by Alpha Research, released on October 17.

Television viewers are getting several chances to see candidates other than the top two (going by all opinion polls) in various television debates and interviews.

On November 1, Nova Televizia, the other major Bulgarian commercial television station, showed a debate featuring Karakachanov, Kalfin, Traikov and Plamen Oresharski (who is standing as an independent, backed by the Movement for Rights and Freedoms). 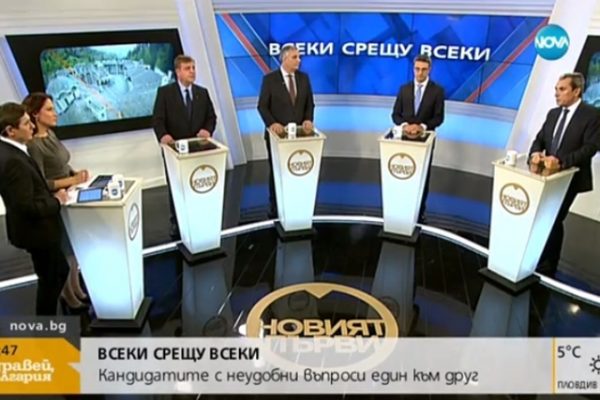 Radev, meanwhile, has challenged Tsacheva to face him in a televised debate ahead of the expected second-round vote in the presidential elections on November 13. All polls predict a second round; under Bulgarian electoral law, a second round is held if no candidate gets 50+1 of the vote at the first round.

Speaking to bTV, Radev insisted that his campaign was the “most modest”, with no videos or billboards. He was ready to support his claims with documents, he said.

Meanwhile, November 1 saw a procedural milestone ahead of the November 6 vote, as the final batch of printed ballots for the presidential elections and national referendum departed from the Bulgarian National Bank printed house, escorted by armed police and gendarmerie.

The process of transporting ballot papers began on October 27, according to a pre-approved schedule with target dates, destinations and routes, the Interior Ministry said. Most of the first batches went to the Ministry of Foreign Affairs, regional administrations and regional election commissions, and the November 1 final consignment to Sofia city and region. After delivery, police took over security of the rooms designated for ballot storage ahead of election day, the Interior Ministry said.

On the campaign trail, Tsacheva’s message of the day, to representatives of student councils and the Political Science Club in Sofia, was that “political apathy among young people is my main opponent”.

Tsacheva told the students that they should not cross the border into confrontation because political crises were damaging to society. She said that she and her vice-presidential running mate, Plamen Manushev, did not allow themselves to get into confrontation with “other presidential couples who rely on populism, because it is clear to everyone that they are pursuing a policy that aims to destabilize the country”. 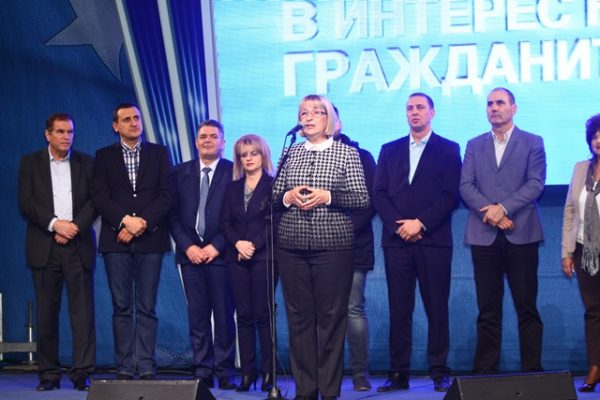 She urged the students to remember what had happened in 2013/14, when the state entered into a spiral of instability and early elections. “During the Plamen Oresharski government, supported by the BSP and MRF, Bulgaria was shut – there were no working institutions, European funds were shut down”.

On Nova Televizia, during the four-candidate debate on the morning of November 1, ABC presidential candidate Ivailo Kalfin said that while Bulgaria’s president has no direct powers, in the way that the executive does, “he has sufficient instruments to influence the work of the institutions and to set before them the problems of the nation”.

“We need to talk about actions that involve various institutions, ministries, central and local government. This is where the role of the president comes in. He can be an engine to create the environment in which to develop long-term policies to bring solutions to problems,” Kalfin said.

On the night of October 31, the Reformist Bloc’s Traicho Traikov, interviewed by BNT, said that in these presidential elections, right-wing voters – most of whom had voted for GERB in the most recent parliamentary election – now faced a dilemma. 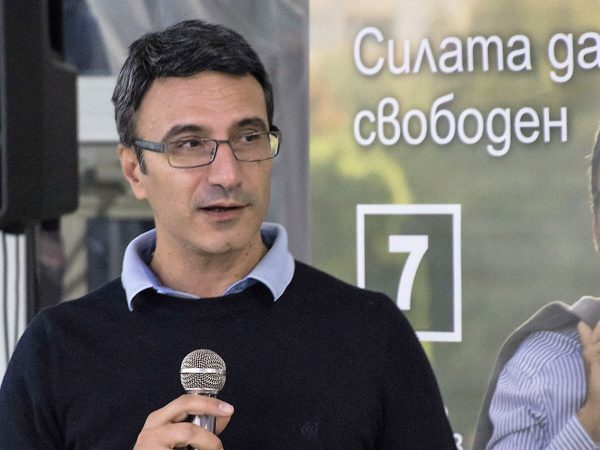 “I think that right-wing voters should understand this very well and prevent this danger,” Traikov said, adding that it was “clear” that if the runoff on November 13 was between Tsacheva and Radev, there would be a left-wing president – an apparent reference to some poll suggesting that Radev could win the runoff. 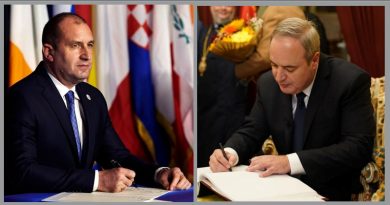 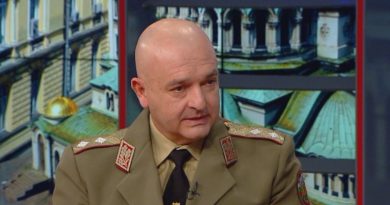 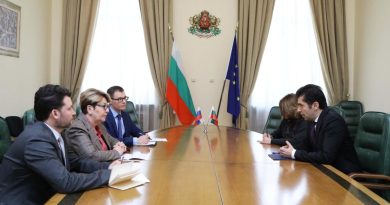