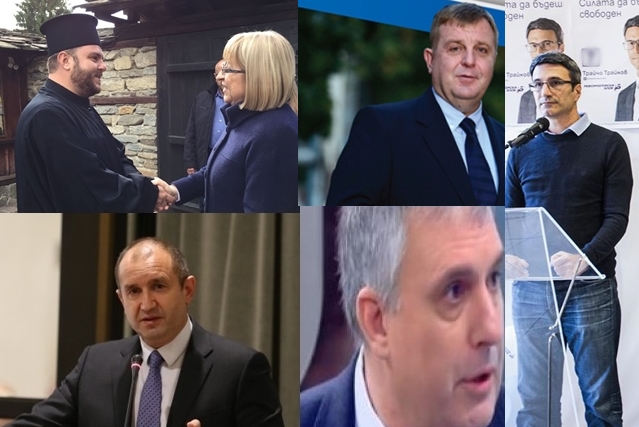 Monday October 31 finds Bulgaria’s 21 presidential candidates in the final week ahead of what is likely to prove to be just the first-round vote to choose a new head of state.

Candidates have until Friday night to campaign because November 5 will be the “day of contemplation” on which election campaign canvassing is banned by Bulgarian electoral law.

For Tsetska Tsacheva, a lengthy story in daily Sega on the morning of October 31 may have been unpleasant reading, as it delved into her academic record and youthful background with the Bulgarian Communist Party, conveying the impression that in both respects, full details were being concealed.

The story portrayed GERB officials, Sofia University employees and public servants being reticent to comply with Sega’s requests to clarify details of Tsacheva’s record at university and as a lawyer, and to respond to allegations about her career with the BCP. Sega’s report highlighted, at the start, Tsacheva as having said in a television interview in October that “I am not ashamed of anything in my biography”.

The story contrasted the responses, or lack of them, from various institutions with those who had agreed to supply information about Roumen Radev, the Bulgarian Socialist Party presidential candidate, until recently commander of Bulgaria’s Air Force. The party sent Sega full details of Radev’s qualifications, not missing the chance to include a report full of superlatives praising Radev from Maxwell flight college in the US.

But, Sega added, the “only unexplained circumstances” related to an alleged conflict of interest in the case of Radev’s second and current wife Dessislava Gencheva, who was appointed as the Air Force’s PR from her post as an accountant. Defence Minister Nikolai Nenchev had the matter investigated on the basis that Gencheva was unqualified for the post and that, allegedly, Radev had concealed his relationship with her.

Radev has previously responded by saying that his wife was appointed by General Konstantin Popov, now chief of defence, when Popov was commander of the armed forces in 2011, and not by him. “The minister should be careful in his speech,” Radev said. Sega added that it still remained unclear who had appointed Gencheva to the PR post. The check by the inspectorate at the Ministry of Defence was still not complete, the report said.

Whether the questions raised in Sega’s report will influence anyone remains to be seen.

Meanwhile, news of an endorsement came on Monday, as DEOS, an extra-parliamentary liberal party, said that it was backing Reformist Bloc presidential candidate Traicho Traikov.

The party, named for the Bulgarian abbreviation of its name “Movement for European Unity and Solidarity” said that it had assessed the five main contenders – GERB’s Tsacheva, the BSP’s Radev, leftist ABC candidate Ivailo Kalfin, leftist Movement 21 candidate Tatyana Doncheva and the Reformist Bloc’s Traikov, according to 11 questions and how the candidates matched up to DEOS’s values and principles.

Traikov came out on top, getting 14.75 points out of a possible 22, DEOS said. It said that Traikov ranked highest on the scale of suitability to be President; it added that Tsacheva got “very low scores”.

DEOS said that the “presidential campaign as a whole is highly superficial, many important issues of the country are virtually absent from the messages of contenders, and rational debate about the future is replaced by magic spells, empty promises and fear-mongering”.

Tsacheva, meanwhile, was on the campaign trail, in Batak and Pazardzhik. At a sewing factory in Batak – a town with strong emotional associations for Bulgarians because of the 1876 massacre by Otttoman troops there – Tsacheva told workers that she and her vice-presidential running mate, Plamen Manushev would “work for Bulgaria’s security, we will defend the interests of every Bulgarian citizen”.

“In today’s complex world countries like Bulgaria need allies. Our partners and friends are the EU and Nato. There is no alternative to the path of Euro-Atlantic Development of Bulgaria,” Tsacheva said.

Radev’s message of the day was about foreign policy: “We leave our allies with the impression that we have no unified foreign policy,” he told a gathering of the National Association for International Relations and the Bulgarian Diplomatic Society. 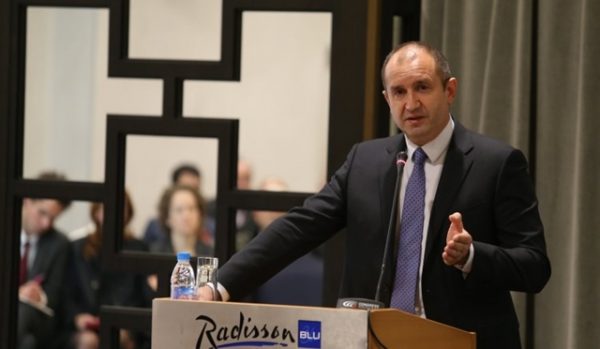 “I encountered the problems of diplomacy, because a high-ranking officer represents Bulgaria at Nato and I was required to defend our interests. Foreign policy is an important tool which contributes to the economic development and security of the country,” he said.

In Plovdiv, Krassimir Karakachanov, presidential candidate on the joint ticket of the ultra-nationalist National Movement for the Salvation of Bulgaria, Ataka and VMRO, told supporters: “As President, I will fight for every one of you”.

“I will use all the levers and mechanisms, when I am elected president to stop the demographic catastrophe in Bulgaria. This can be done with programs to promote fertility, through tax breaks and programs and incentives for the return of Bulgarians abroad to our country. We are adamant that there will be a place in Bulgaria for anyone who respects the rule of Bulgarian law.” 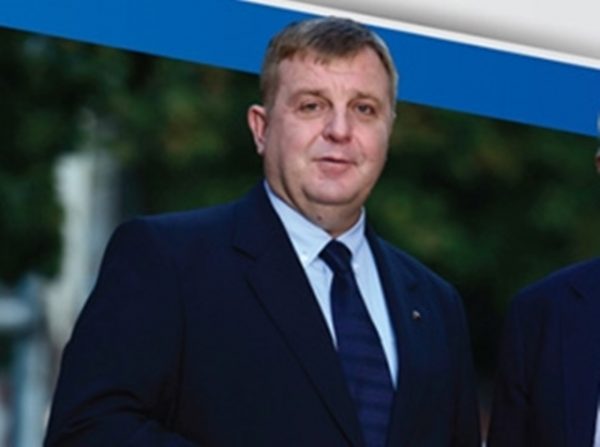 Bulgaria never had experienced such a serious demographic crisis, Karakachanov said. “Every year cities and villages disappear from the map. The regional imbalance is huge. We are the fastest-disappearing nation, with the lowest birthrate and highest mortality in Europe. We are in first place in heart attacks and strokes. The young people are emigrating, because they see no prospects here. Bulgaria is in last place in incomes not only in the EU, but in Europe. Countries like Serbia and Albania are ahead of us. This has to stop,” he said.

Karakachanov did not fail to underline that the ultra-nationalists had tabled tax amendments for tax relief for families with one or two children and “to stop the vicious practice of children bearing children in the ghettos” and whole “gypsy” families living off social and child benefits.

On television on October 31, ABC candidate Ivailo Kalfin said that GERB’s Tsacheva and the BSP’s Radev “obviously had something to hide”. Kalfin wasn’t talking about the morning’s story in Sega, but what he said was the two candidates’ habit of running away from the “main theme” of what each would do if elected President.

Even in the debate between the two on television, they had “just talked”, Kalfin said. They did the same in individual interviews, he said. 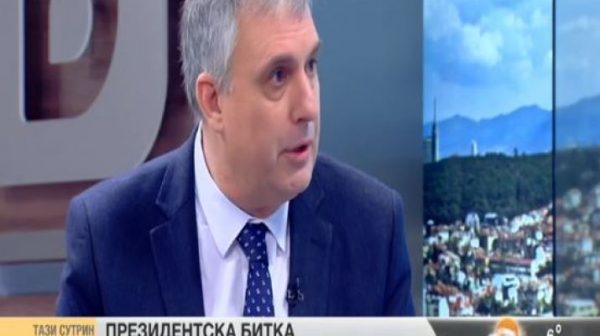 Kalfin, meanwhile, promised that were he to be elected President, there would be discussion – calm, outside Parliament, on changing the constitution. He said that the idea of convening a Grand National Assembly should be abandoned, and the constitution to be subject to change provided that there was a 75 per cent majority in favour in Parliament.