Bulgarian state railways BDZ is offering a ride on a historic steam train, pulling vintage rolling stock, from the Black Sea city of Varna to Rousse on the Danube on October 22.

Tickets are free but passengers must reserve seats at a price of 50 stotinki – about 25 euro cents.

The occasion is in celebration of the 150th anniversary of the opening of the first railway line in Bulgaria, and is being organised by BDZ Passenger Transport and the Railway Infrastructure National Company.

The train will leave from Varna railway station at 8.15am. During the journey, of about 190km, it will stop at stations in all the municipalities along the route. At each of these stations, mayors have organised short festive receptions and programmes, BDZ said in a media statement.

The train will be pulled by steam locomotive number 03.12, manufactured at the Henschell-Kassel factory in Germany in 1942. It was taken out of service in 1976 but in 1979 was ordered retained as the sole representative of this series of steam locomotive in BDZ’s possession.

The steam engine was restored at Bulgaria’s Gorna Oryahovitsa depot in 2011 for use for special train excursions.

The rolling stock to be used on October 22 will include a 1938 Pullman coach produced for the use of Bulgaria’s monarch.

The train is due to arrive outside the railway transport museum in Rousse at 3.30pm.

BDZ said that further information can be obtained from staff at ticket offices along the route of the train and by telephoning 0700 10 200. 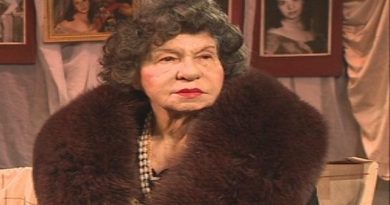