A record 23 candidates are standing in Bulgaria’s November 2016 presidential elections, it emerged as ballot numbers were drawn on October 5, the day after the deadline for registration passed.

The number is the highest since Bulgaria first held democratic elections for president in 1992.

There were 24 applicant tickets of presidential and vice-presidential candidates but the Central Election Commission declined one application because of an insufficient number of signatures on the application.

The candidates for president and vice-president, and the bodies nominating them are, respectively:

All of the above are nominated directly or indirectly by parties represented in the National Assembly.

The following are nominated by parties, coalitions or initiative committees without representation in Parliament:

Bisser “The Stain” Milanov and Krassimir Nastev (standing as independents)

In 1992, there were 21 candidates. Only four candidates got more than one per cent of the vote. 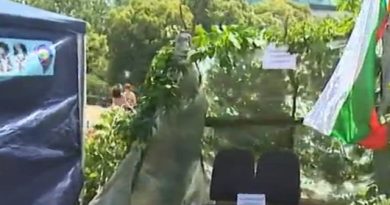