Bulgaria’s Central Election Commission (CEC) is expected to face a challenge in the Supreme Administrative Court over its controversial decision to allow state-subidised advertising in the November referendum and presidential elections only to television and radio stations and newspapers with “national coverage” but not to regional media or online news websites.

The decision has been slammed by the Union of Publishers in Bulgaria and the association of regional publishers has signalled that it will ask the Supreme Administrative Court to overturn the decision by the CEC.

Bulgaria’s Electoral Code says that a newly-registered entity, such as an initiative committee, or one that does not already get a state subsidy, is entitled to a subsidy of 40 000 leva (about 20 480 euro) to place advertising to put their position in a referendum or promote their presidential candidate.

Parties, coalitions or committees conclude contracts with a media outlet, and the payment for the advertising is made directly by the CEC.

During Bulgaria’s autumn 2015 campaign ahead of the national referendum on electronic voting, it was alleged that the system was abused by committees directing their adspend to websites that were obscure, but closely linked to individuals on the committees. The allegation was that this was an abuse of the system, to drain state funds.

The CEC’s decision, co-ordinated with Bulgaria’s Finance Ministry, was to limit the awarding of advertising contracts only to national television and radio stations and newspapers with national circulation.

The CEC previously had been reported as saying that there was no way for it to monitor advertising in publications to establish whether the budget was being abused.

A report in Bulgarian-language news website Mediapool described the CEC’s decision as untenable and unlikely to survive a court challenge.

It quoted a member of the CEC as saying that the commission’s decision was “not based on anything, let alone that it is against the spirit of the constitution”.

Critics of the decision say that the CEC has overstepped its powers by coming up with a decision that discriminates against regional media and online news websites, when the law as approved by Bulgaria’s Parliament makes no such distinction in its provision for subsidies for election advertising.

The Union of Publishers in Bulgaria said that in the Electoral Code, the law used the terms “media service” and “media service provider” without introducing any differentiations between national, regional and local media.

The Union of Publishers said that the CEC had no basis or right to interfere in the choice of media partners by parties, coalitions and initiative committees that have registered to participate in the presidential elections.

The introduction of a distinction between national, regional and local media was discrimination, the statement said.

“We believe that the decision of the Central Election Commission on procedures for granting and spending on media packages should continue to govern the essential procedural issues regarding the negotiation and disbursement of funds for a ‘media package’ but in no event may contain restrictions choice of media service provider,” the Union of Publishers said.

The statement added that the distinction between national and regional/local media added further uncertainty because it was not equally applicable to various types of media.

It said that there were a few radio stations that had national licences, such as Bulgarian National Radio, while there were others that had multiple regional or local licences but were “not national”.

The term “national circulation” in media was bankrupt of meaning, the statement said. The introduction of “territoriality” in terms of internet media was “completely meaningless”.

In its coverage of the issue, Bulgarian news website Offnews noted that the alleged abuse of the scheme had been exposed by news websites – and thus, the site said, instead of those responsible for the abuse being punished, the sites that exposed it were being punished. 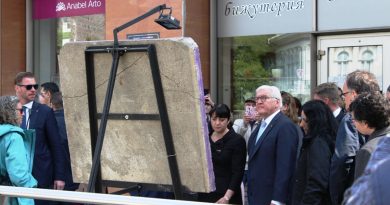