Bulgaria’s Cabinet approved on August 31 changes to State Agency for Refugees regulations that will enable restrictions on the movement of applicants for international protection and asylum.

A Cabinet statement said that the changes to the regulations were consistent with amendments to the law on asylum and refugees.

The changes will make it possible to put an applicant for international protection in a gated State Agency for Refugees centre.

In effect, the changes means that some applicants may have freedom of movement and others may not.

Bulgarian media linked the changes to a large-scale brawl in the Harmanli refugee centre between hundreds of Iraqis and Afghans this past weekend. The groups, who reportedly had been drinking alcohol, had to be separated using high-powered water hoses. The police presence at the camp has been stepped up after the incident. A curfew for the asylum-seekers was announced.

The head of Bulgaria’s State Agency for Refugees, Petya Purvanova, announced the measures proposed by the agency after an emergency meeting with the administrators of the Harmanli camp, senior officers of the regional police directorate and representatives of local authorities.

The introduction of zones of movement is part of targeted emergency measures.

For foreigners registered in Sofia, their movement will be restricted to the municipality. Restrictions will be announced for those in other centres. The zones will enter into forces after the legislative changes have been approved.

Purvanova said that EU legislation provides the possibility to identify areas of movement. The only requirement is that candidates for protection are not restricted in their access to hospitals, schools and other social services.

Someone caught outside the area to which they are restricted will be sent immediately to a gated centre.

Reports said that it was possible that once the new rules were in force, those who initiated the brawl in Harmanli would be sent to gated centres. Those who were involved are currently under arrest and will face criminal charges.

Purvanova, however, denied that the legislative change had been provoked by the incident at Harmanli on August 28.

“We clearly realised, looking at statistics in recent months, that this needed to happen. Obviously, the situation requires some closed centres,” Purvanova said.

She said that the changes would have a preventative effect, because asylum-seekers would not know that if they did not respect law and order, they would be put in such centres.

At Harmanli, bringing alcohol into the camp has been forbidden, and stones and pieces of wood that could be used in a fight have been removed. 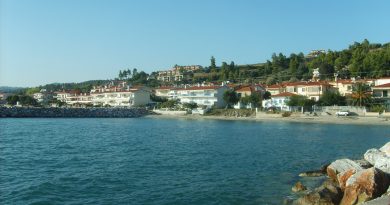