Bulgaria’s economy posted 0.7 per cent growth in the second quarter of the year, the National Statistical Institute (NSI) said in a flash estimate on August 12. In real terms, gross domestic product (GDP) in Bulgaria in April-June was 21.75 billion leva, or 11.1 billion euro.

In annual terms, economic growth was three per cent, slightly higher than the 2.9 per cent annual growth recorded in the first quarter. NSI is due to announce preliminary growth figures for the second quarter on September 2.

Bulgaria was one of 18 EU countries to record economic growth during the second quarter of 2016, with the EU economy as a whole posting growth of 0.4 per cent and the euro zone up by 0.3 per cent, according to a flash estimate by EU’s statistics body Eurostat. In the previous quarter, the economic growth was 0.5 per cent in the EU28 and 0.6 per cent in the euro area, Eurostat said.

Among the 21 EU member states to report GDP figures, Bulgaria ranked in the top half, with Romania posting the strongest growth at 1.5 per cent, followed by Hungary with 1.1 per cent growth, while Poland and Slovakia recorded 0.9 per cent increases.

In annual terms, the EU economy grew by 1.8 per cent compared to the second quarter of 2015, while the euro zone economy was up by 1.6 per cent. 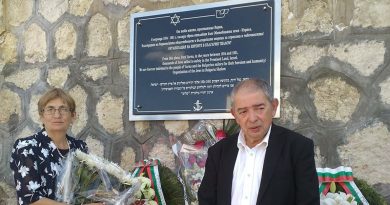