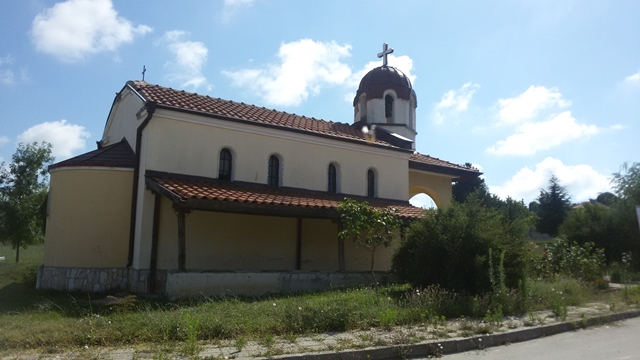 An annual report by the United States state department has recorded incidents of complaints from minority religious groups about harassment by the government, physical assault and hostile rhetoric from nationalist political parties.

Some minority religious groups complained that Bulgaria failed to prosecute religiously-motivated attacks against their members.

Schools banned the wearing of the hijab and crosses, and some local governments continued to deny requests to construct new mosques or repair old ones, according to the report, which covered the year 2015.

Some registered minority religious groups, including Mormons, Jehovah’s Witnesses, Jews, and Hare Krishnas, reported the government failed to prosecute cases of assault and harassment against their members. Some of these attacks were carried out by members of nationalist political parties, particularly the National Front for Salvation of Bulgaria (NFSB) and the Internal Macedonian Revolutionary Organization (VMRO).

On April 4, a VMRO party member in the company of a television crew from the SKAT TV cable company, which is owned by an NFSB founder and member of parliament, approached and then attacked a Jehovah’s Witness who was proselytizing in Blagoevgrad, punching him in the left temple and bruising his arm. Prosecutors initially pursued a hooliganism charge against the attacker, but in April the Blagoevgrad Regional Court returned the case to the prosecution, instructing it to pursue an indictment for religious hatred.

In March the government indicted seven people, both Muslim and non‑Muslim, on hooliganism charges for their participation in the 2011 assault on the Sofia mosque organized by the nationalist Ataka Party.

At the end of the year, the trial was ongoing at the Sofia Regional Court. In February the European Court of Human Rights ruled the attackers of the mosque had violated the rights of the Muslims attending Friday prayers, and the government had not provided an effective response. It ordered the government to pay the plaintiff 3000 euro in compensation. The government approved the payment on July 29. At year’s end, the authorities had not identified the perpetrators of the 2011 assault and were still investigating the case.

As part of an ongoing campaign publicized on SKAT, the NFSB, joined by the IMRO, organized protests against the Jehovah’s Witnesses in Karlovo, Blagoevgrad, Petrich, and Gotse Delchev. The protests averaged approximately 50 participants each and were reportedly peaceful, although in one protest in April, one member from each of these parties threw eggs at a Jehovah’s Witnesses’ prayer house in Blagoevgrad while a meeting was being held there. According to the Jehovah’s Witnesses, these protests sometimes incited other incidents of vandalism such as broken windows at their properties. There were no reports of arrests at any of these protests.

Minority religious groups continued to report discrimination and prejudice from local authorities in certain municipalities. Some municipalities such as Bourgas, Kyustendil, and Karlovo had ordinances prohibiting door‑to‑door proselytizing and the distribution of religious literature. Despite letters of protest by the Directorate for Religious Affairs and the ombudsman against the restrictions, the regional governors of Burgas, Kyustendil, and Plovdiv continued to enforce the ordinances.

Jehovah’s Witnesses received police warnings in Bourgas and Kyustendil to stop proselytizing and administrative fines (six fines of 800 leva each in Kyustendil and two in Bourgas of 50 leva each) for violating local regulations. The religious group filed written objections to the police warnings and appealed the fines in court, winning three cases and losing one. Jehovah’s Witnesses were reportedly also preparing to challenge the ordinances themselves in court.

The government permitted religious headdresses in official photos for national identity documents as long as both ears and one centimetre of hair were visible. The Commission for Protection from Discrimination and most schools interpreted the law denying privileges based on religious identity to ban the display of all “religious symbols,” e.g., hijabs and crosses, in public schools.

The Jehovah’s Witnesses stated local authorities refused to issue building permits or deliberately altered zoning regulations to prevent the group from erecting buildings for religious purposes. In February the chief architect of Kyustendil refused to issue a building permit for a prayer house, despite a ruling by the Kyustendil Administrative Court directing the municipality to overcome the obstacles to issuing the permit.

In September the government launched an inspection of the public school and kindergarten in Sofia’s Botunets neighborhood, with approximately 90 per cent Muslim students, after media reported that the kindergarten director posted on its website quotations from the Quran to try to induce more parents to enroll their children in the school.

The grand mufti’s office reported that, as a result of the probe and pressure by security services, the school removed the course on Islam from its curriculum, and the kindergarten began serving pork with meals three times per week.

In April a group of Muslim citizens from the city of Kurdjali filed a complaint with the regional prosecutor of Kurdjali, the Council of Ministers, and parliament that the government forced schools and kindergartens with majority‑Muslim student bodies to serve non halal food. The regional prosecutor of Kurdjali and the Council of Ministers responded that there was no legal requirement for food in educational establishments to comply with the religious beliefs of the students or their parents.

The Jewish service organization B’nai B’rith expressed concern over what it stated was government and judicial passivity in addressing hate crimes, particularly the prosecution’s tendency to dismiss hate speech complaints on the grounds of freedom of expression.

In January a regional prosecutor in Sofia terminated proceedings against four youths who had urinated on a synagogue wall and spray painted “Death, Jews,” arguing that they were answering a call of nature and expressing a personal opinion artistically.