Until recently, nationalistic voices in Poland, the Czech Republic, Slovakia and Hungary, were limited to the fringe. But could a possible Brexit lead to similar plebiscites in these countries?

Across Europe and across the Atlantic there is growing anxiety about Britain’s future in the European Union. On Thursday, British voters will decide whether the country should remain an EU member state or leave the 500-million-strong bloc.

Those favoring a British exit, or “Brexit,” were pulling ahead in opinion polls last week, but the shocking murder of pro-EU Member of British Parliament has shifted momentum back to the “Remain” camp, at least for now. MP Jo Cox was gunned down by an apparent right-wing extremistlast Thursday, as she campaigned for Britain to remain in the EU.

But stay or go, critics say British Prime Minister David Cameron blundered badly in deciding to hold the referendum. Luxembourg Foreign Minister Jean Asselborn on Sunday described Cameron’s decision as a “historic mistake” due to the consequences it may have for other member states.

“It cannot be ruled out that Brexit leads to a domino effect in Eastern Europe,” Asselborn told German newspaper “Tagesspiegel am Sonntag” (The Daily Mirror on Sunday).

There have long been xenophobic and nationalistic political voices in the Visegrad countries of Poland, the Czech Republic, Slovakia and Hungary, but until recently, they were usually on the fringe.

Poland and Hungary both have right-wing governments that represent a mixture of nationalism and populism. The nationalist side might compel their leaders to seek an exit from the EU, but experts say they are restrained by populist reality. Majorities in both countries support EU membership.

The Polish government is not likely to seek an exit pass from the EU, according to Konstanty Gebert, a political writer for Gazeta Wyborca, a leading newspaper in Poland.

“I don’t think there would be a vote in Poland because Poles would massively vote to stay, and that would undermine the government’s anti-EU stance,” Gebert said.

“In the short term, it is out of the question because [Orban] knows Hungary is one of the most pro-EU countries,” he said, adding that public support for the EU is about 60 percent in Hungary. 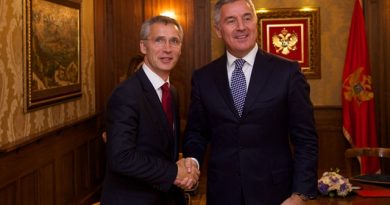