The European Union unveiled plans Tuesday for sealing agreements with African and Middle East countries in another effort to curb migration to Europe.

The so-called “compacts” would consist of making EU development aid and trade ties with certain countries conditional on their cooperation to persuade refugees to stay close to home and to discourage people looking for jobs in Europe.

“We propose to use a mix of positive and negative incentives to reward those third countries willing to cooperate effectively with us, and to ensure that there are consequences for those who do not. This includes using our development of trade policies to create leverage.”

The plan envisages spending $9 billion in development aid and other assistance over the next five years.

The first counties targeted are Jordan and Lebanon, which together with Turkey host the largest number of Syrian refugees. The commission also said it wants to work towards similar agreements in Africa with Niger, Nigeria, Senegal, Mali and Ethiopia.

The EU’s latest move is part of the group’s longer-term strategy to deal with the root causes of migration as the 28-nation bloc is struggling to manage its biggest refugee crisis since World War II. 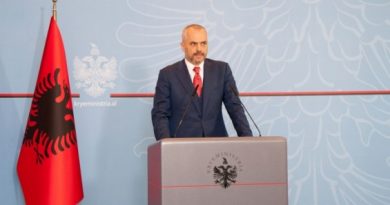