Sofia City Court has ruled to declare private television channel TV7 insolvent, effective as of December 31 2015, after concluding that its revenues were not enough to service its bank loans and the debts owed to production companies.

The court appointed an interim receiver, whose main duty will be to prepare the first meeting of TV7 creditors, which the court scheduled for June 7. The creditors will, at that point, name a permanent bankruptcy receiver.

According to the court ruling, quoted by news website Mediapool.bg, TV7 had two million leva (about one million euro) in assets and cash, but owed 2.4 million euro to the now-insolvent Corporate Commercial Bank (CCB). Over the years, the broadcaster has been routinely linked to Tsvetan Vassilev, the majority shareholder in CCB before the lender was put under the special supervision of the central bank in June 2014.

Additionally, the TV channel owed about 600 000 leva to broadcasting infrastructure firm NURTS, also owned by Vassilev, and more than one million leva to several production companies for television shows it ordered.

Last year, CCB bankruptcy receivers attempted to seize the station’s equipment, which had been used, reportedly, as collateral for the CCB loan. The drama was broadcast live by TV7 and its sister station News 7, both of which described the events as an attempt to curtail freedom of speech.

On May 12 2013, two days before Bulgaria was due to hold early elections, prosecutors raided the printing house in the town of Kostinbrod, which printed the ballot papers for the election, and found 350 000 allegedly illegal ballot papers. The raid led to a media and political storm the day before the national parliamentary elections, with the focus on the printing house owner’s ties to Boiko Borissov’s GERB party, while GERB’s political opponents alleged that the extra ballots were meant to be used in an attempt to defraud the elections. (The investigation found enough evidence to indict only one person, the Cabinet’s chief secretary Rossen Zhelyazkov, on charges of criminal misconduct, but he was exonerated in the subsequent trial.)

Referred to by Bulgarian media as the “Kostinbrod affair”, it is generally seen as having dented GERB’s showing at the polls and boosting the opposition socialists and predominantly ethnic Turk Movement for Rights and Freedoms, which formed the ruling axis behind the ill-fated Plamen Oresharski administration.

Just weeks after that government took office, Parliament’s appointment of Delyan Peevski – a controversial MP and media mogul with close ties to Vassilev before their very public falling out (CCB loans were used by Peevski’s family to acquire a number of print publications) – as head of the State Agency for National Security (SANS) prompted wide-spread protests. TV7 and its director of content at the time, Nikolai Barekov, were the targets of protestors’ criticism for consistently underestimating participation in the protests.

Barekov, who was at the forefront of the station’s coverage of the “Kostinbrod affair”, would later take his talk-show Bulgaria without Censorship on the road and attempt to position himself as a populist alternative to Borissov and GERB. His coalition with a nationalist party was enough to win Barekov an MEP seat in the May 2014 European Parliament elections, but his ticket barely made it into Parliament at the snap elections in October that year – since then, all the MPs have left Barekov’s party, renaming the parliamentary group Bulgarian Democratic Centre (its voting track record in Parliament shows nearly as much support for policies by Borissov’s Cabinet as against). 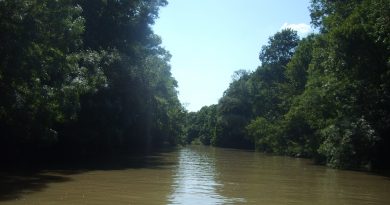 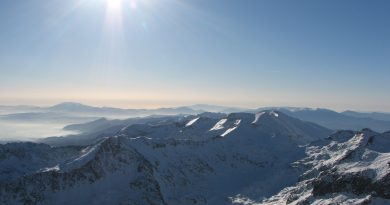