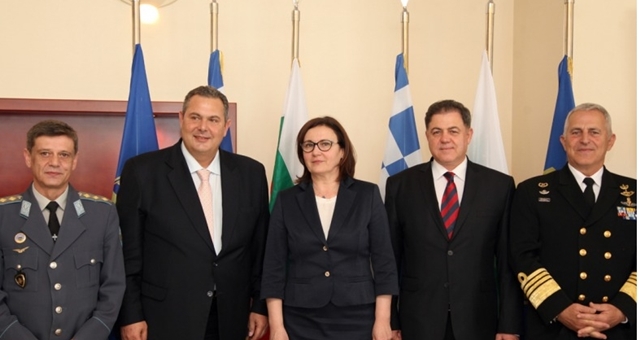 Bulgaria’s ministers of the interior and of defence met their Greek counterparts on April 7, agreeing on boosting co-operation and the exchange of information in the face of the migrant and refugee crisis.

This emerges from statements by Bulgaria’s defence and interior ministries.

Bulgarian Defence Minister Nikolai Nenchev, who visited Greece accompanied by senior defence officials for talks with Greek Defence Minister Panos Kammenos and top officers, said that the problem of refugees was throughout Europe and Bulgaria believed that all countries should unite to resolve it.

“It is necessary to act jointly and to seek mechanisms to assist countries that are undergoing the most intense migration pressure,” Nenchev said after talks with Kammenos.

Nenchev’s talks with the Greek defence minister were part of a series that he has held with his counterparts from Skopje, Belgrade and Bucharest.

“We support Greece in its efforts to control migratory flows towards and from its territory,” Nenchev said.

He said that Bulgaria and Greece should be ready for an increase in the refugee wave and that required more active overall co-operation and “very thorough expert contact”.