The supreme court in Belgrade has said that it will pronounce judgment on the application by Bulgaria for the extradition of Tsvetan Vassilev, former majority shareholder in insolvent Corporate Commercial Bank (CCB), public broadcaster Bulgarian National Television said on April 7.

The announcement came after a hearing in the court case on April 6.

The announcement that judgement will  be pronounced means that the judge has determined that all possible evidence has been gathered, along with all information relevant to the case, and there is no need for further hearings.

If Vassilev has requested asylum in Serbia, as has been reported and which Vassilev on April 6 did not confirm or deny, the court said that this would not mean a temporary suspension of the extradition procedure, according to BNT.

A court date for the announcement of the judgment has not been made public. Serbian law does not set deadlines for rulings in extradition hearings.

The supreme court’s decision may be taken on appeal. The final word would be with Serbia’s minister of justice, and given that Serbia is holding a parliamentary election on April 24, it was not clear when a new cabinet will be formed.

Vassilev has denied all charges against him and once again blamed the events that led to CCB’s insolvency on his former business associate Delyan Peevski, the controversial MP for the Movement for Rights and Freedoms (MRF). Peevski was the “tip of the spear”, but the “top of the MRF” was behind the attacks on the lender, which were later joined “by other people”, Vassilev told reporters, without giving further details.

(CCB lost its banking licence in November 2014 after an audit found it held mainly impaired assets, as a significant part of its loan portfolio was not backed by sufficient collateral, and had to write-down 4.2 billion leva in assets.) 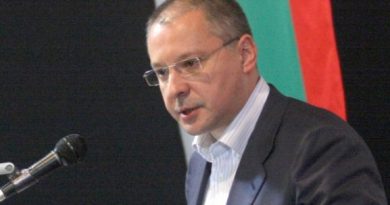