Bulgarian MPs voted to shut down the ad hoc parliamentary committee set up to examine allegations of interference by Turkey and Russia in the country’s domestic politics. The formal resolution passed with 122 votes in favour, four against and seven MPs abstaining.

Proposed by the Movement for Rights and Freedoms (MRF) – a party that itself has been the centre of commentaries saying that it was caught up in a struggle between Russia and Turkey in which Moscow won out over Ankara – the establishment of the committee was backed by MPs from several parties, including Prime Minister Boiko Borissov’s centre-right GERB party.

But support for the committee quickly evaporated and Borissov himself joined the controversy, saying on February 27 that while he did not want to interfere with parliamentary business, the committee’s only likely achievement would be to exacerbate relations with the two countries.

At the vote on March 23, the decision to shut down the committee, which has held only one meeting since being set up a month ago, was backed by all parties, including GERB (whose MPs tabled the resolution to shut down the committee) and the MRF, with the only dissenting votes coming from the nationalist Patriotic Front, a junior partner in the GERB-led government coalition.

Opposition socialists, which traditionally favour closer ties to Moscow, have criticised the committee as a “foreign policy gaffe”, while also pointing out Borissov’s earlier remarks on the futility of the committee’s task as proof that the National Assembly was being effectively run by the executive branch of government. 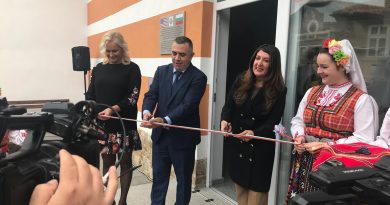