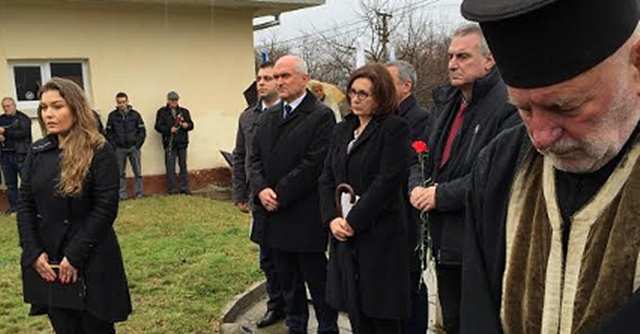 Senior politicians, members of the Bulgarian Jewish community and diplomats took part in ceremonies on March 10 2016 commemorating the country’s 1943 prevention of the deportation of Bulgarian Jews to Nazi death camps and honouring the memory of the more than six million Jews murdered in the Holocaust.

At ceremonies in Sofia, participants paid to tribute to Dimitar Peshev, the 1940s deputy speaker of Parliament who played a key role in preventing the deportation of Bulgarian Jews, and to leading figures Plovdiv Metropolitan Kiril and Exarch Stefan.

In Plovdiv, the Shalom Organisation of the Jews in Bulgaria conferred a special award on mayor Ivan Totev, doing so as a symbolic tribute to the people in the city who had stood up to prevent Bulgarian Jews being sent to death camps.

The president of the Sofia organisation of the Jews, Dr Alek Oscar, described what had happened in Bulgaria in 1943 as unique and unprecedented. Although Bulgaria had been an ally of the Nazi-led tripartite pact, the Bulgarian people had not allowed the deportation of their compatriots of Jewish origin.

Dimitar Glavchev, a Deputy Speaker of the National Assembly, said that today, when Europe and the world are shaken by numerous attacks in which innocent victims have died, “let us remember those moments in history and make sure they are not repeated, but let us also remember the good that has happened.

“Let’s not forget that this is one of the brightest pages in our modern history – the rescue of the Bulgarian Jews. What the Bulgarian people did then is a lesson in dignity, humanity and virtue,” Glavchev said.

In 1943, resistance by the Bulgarian Orthodox Church, politicians – notably Peshev – and civil society led to an estimated 50 000 Bulgarian Jews not meeting the same fate as those from the rest of Europe murdered in the Holocaust.

However, at the same time, 11 343 Jews were deported from Northern Greece and the Kingdom of Yugoslavia, territories then under German jurisdiction but under Bulgarian administration. Bulgaria, including the country’s Parliament, has in recent years issued formal apologies for this.

A declaration adopted by Bulgaria’s Parliament in 2013 noted there had been attempts, such as the proposal submitted in 1943 by MP Petko Staynov to change the law on Bulgarian citizenship to give the Jews in those territories automatic citizenship, which could have saved them from the genocide.

A nation that showed courage’: Bulgaria and the Jews