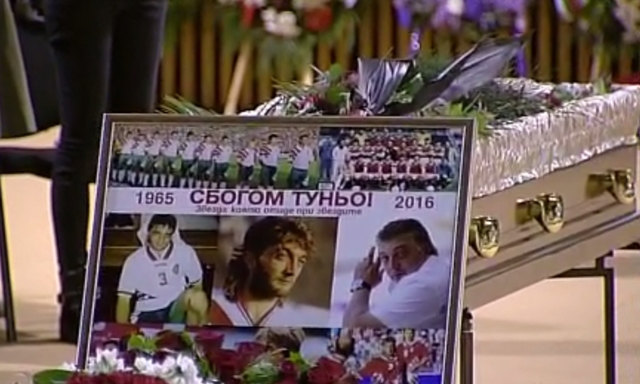 Several thousand mourners attended the memorial service on February 17 2016 for Trifon Ivanov, the Bulgarian football great who was part of the country’s ace team at the 1994 World Cup.

Ivanov died at the age of 50 on February 13 of a heart attack.

His sudden death led to an outpouring of mourning in Bulgaria, where the 1994 team is revered. Soon after news broke of Ivanov’s death, head of state President Rossen Plevneliev issued a public message of condolences, an indication of national affection for Ivanov.

The memorial service was held at the Palace of Culture and Sport in Veliko Turnovo.

Among mourners were Hristo Stoichkov and the rest of the 1994 team, and past and present senior football officials. Messages were read from President Plevneliev and Bulgarian Prime Minister Boiko Borissov. On behalf of Minister of Sport Krassen Kralev, a certificate of state honour in the field of sport was conferred on Ivanov posthumously, accepted by his weeping mother.

The ceremony was broadcast live for several hours on public broadcaster Bulgarian National Television, with presenters and reporters all clad in black as they conducted studio and field interviews with footballers and others recalling the life of Ivanov.

Ivanov rose via the CSKA Sofia team and played for several Western European teams. He played 77 matches for Bulgaria’s national football team and, while known as the “Iron Defender”, scored six goals in those matches.

The village of Gorna Lipnitsa in the Veliko Turnovo region, where Ivanov was born, has announced plans to name a main street after him. 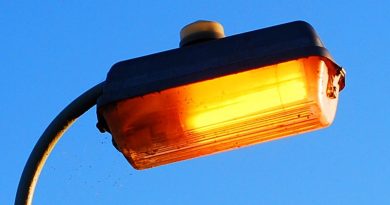 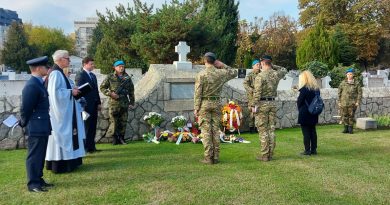