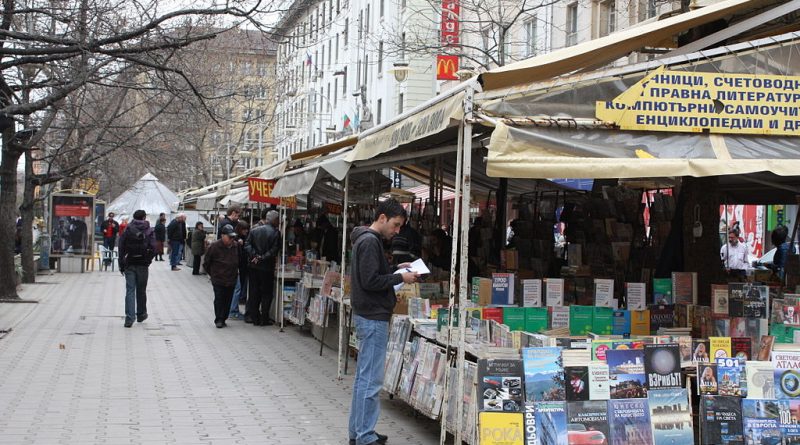 The open-air bookstalls on Slaveikov Square in Bulgaria’s capital Sofia could be facing being closed or limited only to certain days.

The bookstalls on Slaveikov Square became a feature of the city in the 1990s, offering Bulgarian and foreign-language literature.

But Sofia municipality is considering a project to revamp not only the square but also the surrounding streets, including a new look for the square around the St. Sedmochislenitsi church.

Interviewed on public broadcaster Bulgarian National Television on February 21, Sofia’s chief architect – the equivalent of a town planner – Zdravko Zdravkov confirmed that there was a proposal to remove the bookstalls from the square, or to allow them only on certain days of the week at certain places.

He said that a compromise solution had been proposed, to move the bookstalls to the square in front of the Ivan Vazov National Theatre, but the theatre had objected.

Repairs and renovations in that part of the capital city are to proceed this year.

Repairs of Graf Ignatiev Street are beginning, and will be followed by repairs of Shishman, September 6 and Solunska streets. Zdravkov said that the underground infrastructure of Graf Ignatiev Street dated from 1901 – 1911. The pavement would be replaced. The project was a complicated one and would take until the end of the year to complete, he said.

Other streets and the area around Alexander Nevski, as well as the Crystal garden, are set for repairs in 2018.

Under discussion are renovations to facades of adjacent buildings. “Urban furnishings” – meaning street lighting, lamps and refuse bins – are to be replaced.

Booksellers on Slaveikov Square have taken umbrage at the municipality’s plans.

Ivan Mladenov, a veteran of the square who has been in the open-air book trade for about a quarter of the century, said: “we’re selling books, not drugs or weapons, that they hunt us down like this”.

Another bookseller, Polina Bokova, said that they wanted to persuade the municipality that in Europe, the selling of books was not a business for part of the week.

There were differing points of view in the report by BNT.

Galin Yordanov, also interviewed in the voxpop, said: “My opinion is that you should not have such a gypsy thing in such a central location. In the whole civilised world, there are such places, but they are in suitable places, along the Seine, in London, wherever you go. There’s nothing of this gypsy style nonsense. That’s the one side. On the other hand, there are all these people who have worked for 20 to 30 years as booksellers, where will they go?”

Svetlana Hadzhitoneva said that while it was nice to have the bookstalls, the square in the centre of the city was not the place for them: “It’s a bit too rustic”. 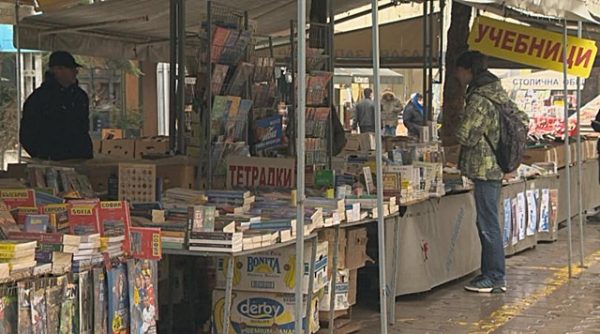 The booksellers said that if they did not work seven days a work, they could hardly even earn enough to pay the rent. The fee to rent a bookstall was close to four times as high as that to rent a vegetable stall.

Bookseller Krassimir Malinowski said that the people at the bookstalls were “people who read, who can give you an opinion about a book, which is not the case in 99 per cent of the bookshops. Would you be able to find something that interests you here? In 80 per cent of the cases, you would succeed”. 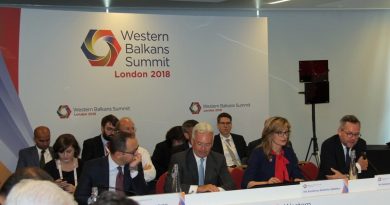