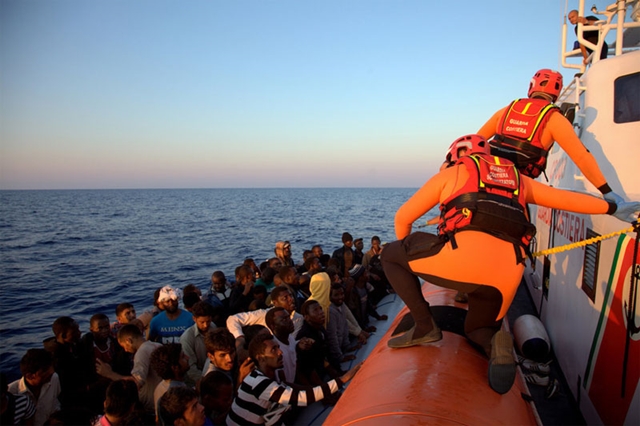 Crime is on the rise because of asylum seekers, or so the standard claim by right-wing populists. But statistics do not bear out that assertion. Nonetheless, a small number of immigrants from the Balkans are causing problems for the police.

“I steal regularly so that I can have more,” a young Bosnian woman flatly told police in a statement taken from her in November 2015 at the Essen central railway station. She and an accomplice had just been caught red-handed. Until recently, statistics on crime and nationality had not been linked to those on immigration and refugee status in Germany.

Now, police in Cologne have begun doing just that: They are keeping statistics on the nationality of illegal immigrants that later become criminals. A report on the period between October 2014 and November 2015 was recently published in “Forum,” a magazine for police staff.

Results show that a blanket prejudgement of refugees is unfair. A large majority of refugees never show up in police records after they have registered. It is noteworthy that persons entering Germany from Syria, Iraq and Afghanistan hardly ever appear in such criminal statistics. Of the more than 1,100 Syrians registered in Cologne, only five have been in trouble with the police. That is less than 0.5 percent.

It is a completely different story with immigrants from Morocco, Algeria and Tunisia though. “Activity quotas” for North Africans are no less than 40 percent. Asylum seekers from Bosnia-Herzegovina and Montenegro register similar numbers. These groups are very often involved in crimes related to thefts from automobiles, shoplifting and robbery.