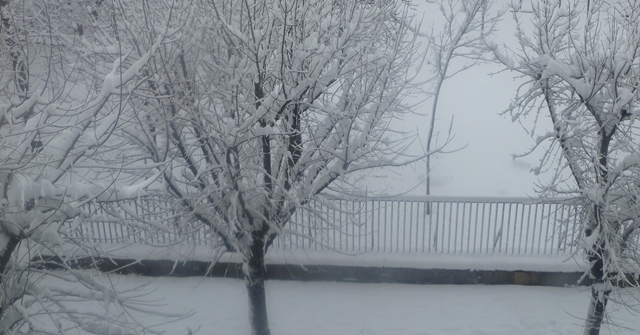 Heavy snowfall in Bulgaria on January 17 led to code red and code orange hazardous weather warning in many parts in the country as authorities restricted movement of heavy vehicles, capital city Sofia was under 30cm of snow and an emergency was declared in the Rhodope mountain area of Smolyan in southern Bulgaria, where several villages were left without power.

Code Red, the highest level of weather warning, was declared in Smolyan, Haskovo and Kurdzhali.

Weather forecasters said that in Sofia, snow was expected to continue throughout the day on January 17, with temperatures ranging from a minimum minus five degrees Celsius to a maximum zero. Snow also was forecast for Bulgaria’s second city Plovdiv, with temperatures from minus three to two degrees. Varna, on the Black Sea coast, was expecting minus four degrees to a high of five degrees.

Bulgaria’s Road Infrastructure Agency announced a ban on the movement of goods vehicles of more than 12 tons throughout the country except in the regions of Varna and Bourgas.

After the announcement was made, there were reports that an avalanche overnight in the Petrohan Pass had blocked traffic on the Montana – Berkovitsa – Sofia route. Road authorities in Montana said that the pass was closed to all vehicles while heavy machinery was being used to clear the snow.

The electricity supply to about 17 000 people in the Montana, Yakimovo and Vulchedrum municipalities had been severed, local media said.

There were powercuts in parts of the town of Gabrovo and surrounding villages, and in villages in the Veliko Turnovo area, according to public broadcaster Bulgarian National Television.

Smolyan municipality declared a state of emergency because of damage from heavy rain. The Cherna River had overflowed in various parts of the town, and the Smolyan – Arda road was flooded in places. The level of the Cherna rose by more than a metre in the past day and the rainfall was turning to snow, local media said.

In Sofia, snowfall of more than 30cm prompted mayor Yordanka Fandukova to appeal to residents of the capital city not to embark on car journeys unless absolutely necessary, to ensure that emergency vehicles and public transport would be able to move unhindered. She also called on residents to clear the snow in front of their homes and offices so that pedestrians could walk without difficulty.

Bulgarian state railways BDZ said on January 17 that the movement of trains had been suspended on eight sections in the country because of damage to overhead catenaries, fallen trees and rocks on the railway lines.

BDZ said that because the situation was changing rapidly because of the difficult weather conditions, travellers should request the latest updates at information counters and ticket offices at railway stations before embarking on journeys. 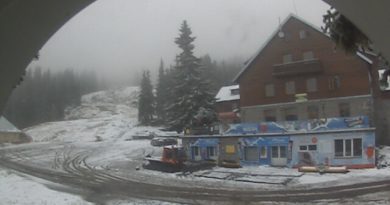