A U.S. State Department official says it is “incomprehensible” that Hungary would allow a statue honoring Balint Homan – a World War II government minister who pushed for the slaughter of Jews at the hands of the Nazis.

“Honoring a man like that, we are shocked by it,” U.S. special envoy for anti-Semitism Ira Forman said Sunday in Budapest.

“From the U.S. government perspective, we feel very strongly that history and the damage that this man did to Hungarian citizens who happened to be Jewish cannot be ignored,” Forman told the Reuters news agency.

Forman joined Israeli and Canadian diplomats and members of the Hungarian Jewish community in lighting candles on the eighth and final night of the ancient Jewish festival of Hanukkah Sunday. All of them openly denounced plans for the Homan statue.

Homan was a Hungarian minister of religion and education in the country’s pro-Nazi government. He was a fierce anti-Semite who drew up many of the country’s anti-Jewish laws during World War II, along with plans to deport Hungarian Jews to Nazi death camps.

Homan was arrested after the war and died in prison in 1951.

The privately-run Balint Homan Foundation plans to erect the statue in the Hungarian town of Szekesfehervar.

The town’s mayor, who initially did not object, is now urging the foundation to rethink its plans or repay the public funding it got if it goes ahead. 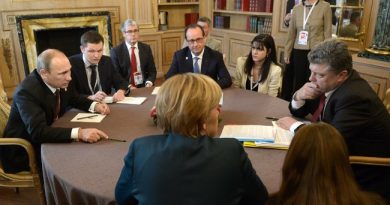