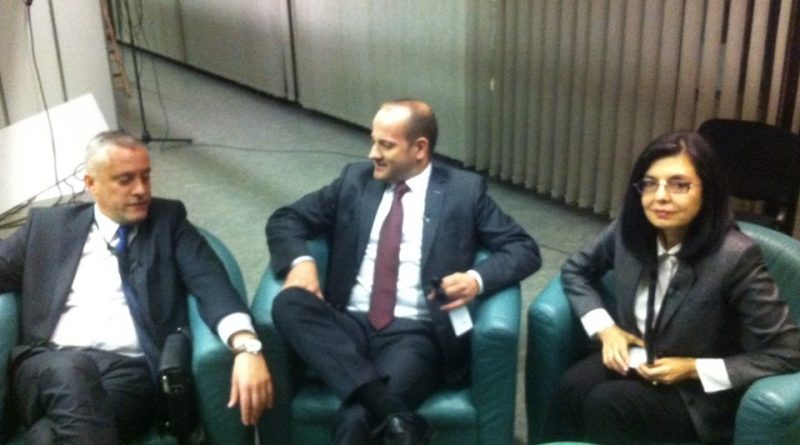 Coming days will tell what Bulgarian government minority coalition partner the Reformist Bloc will decide about whether to continue supporting the cabinet following the resignation of bloc member Hristo Ivanov as Justice Minister.

Publicly, little of substance was said on the day after Ivanov’s resignation, either about what attitude the parties that constitute the Reformist Bloc will take, or for that matter about the resignation itself.

The issue of the future of the coalition government formed in November 2014 was raised after Ivanov’s resignation was followed by Radan Kanev, leader of bloc constituent party the Democrats for a Strong Bulgaria, announcing that he was stepping down as co-leader of the bloc’s parliamentary group and “going into opposition”.

On December 10, the day after Ivanov’s resignation, Reformist Bloc MP Ivan Ivanov told reporters that Kanev’s DSB party could follow the example set by its leader. Another Reformist Bloc MP, Dimitar Delchev, said that he did not know when a decision on continued participation in the government would be taken, and nor, he said, had any proposals been discussed about a new Justice Minister.

Media reports on December 10 said that it remained unclear whether Kanev was still formally part of the Reformist Bloc parliamentary group, although Kanev himself the previous day had spoken only of resigning as the group’s co-leader, not about quitting the group itself.

Kanev’s DSB has 10 MPs as part of the Reformist Bloc group, and pending clarity, now has a leader who says that he is in opposition – while one of the party’s representatives, Petar Moskov, was reported to have indicated that he did not intend resigning his Cabinet post as Health Minister.

Also on December 10, Education Minister Todor Tanev, also from the Reformist Bloc and whose future has been the subject of speculation, including because he consistently ranks bottom by far in public opinion polls, told reporters that he had no intention of quitting the Cabinet.

Naiden Zelenogorski, of Deputy Prime Minister Meglena Kouneva’s Citizens for Bulgaria Movement, told journalists, “we have not discussed leaving the ruling coalition. The Reformist Bloc governing bodies can decide whether we leave or not”.

A few hours after Zelenogorski’s statement, there was 15 minutes of excitement when a media statement purportedly from Kouneva’s party was e-mailed, saying that Kouneva’s party was withdrawing its confidence in Prime Minister Boiko Borissov’s Cabinet and its executive body would call on bloc cabinet ministers and deputy ministers to withdraw from their government posts. But this was quickly denounced as a hoax by the party, which said that it had asked the State Agency for National Security to investigate the hacking of its e-mail address.

Prime Minister Borissov, who on December 9 was swift in accepting the resignation of Ivanov, declined to comment to reporters on December 10 about the matter.

Borissov only thanked Parliament for what he called having shown so much “unity and stability” in approving the second reading of the constitutional amendments on the judiciary – the ones that caused Ivanov to resign and the subsequent political ripples.

Bulgaria’s head of state, President Rossen Plevneliev, told the media that he was proud of having appoined Ivanov in the autumn 2014 caretaker cabinet (Ivanov, like Foreign Minister Daniel Mitov, was a holdover into the new administration when Borissov formed his cabinet in November).

Plevneliev said that he was proud that he had opened the way into Bulgarian politics for Ivanov, whom he described as someone honourable, professional and a politician with a true determination for reform.

Ivanov had achieved making judicial reform a “central and unavoidable” issue for the Bulgarian public, Plevneliev said, adding that he had been surprised by Ivanov’s resignation. Plevneliev went on to welcome Parliament’s approval of the second reading of the constitutional amendments, underlining that this was a “first step” in a process of judicial reform “and I hope we will not stop here”.

France’s ambassador in Sofia, Xavier Lapeyre De Cabanes, said in a December 10 television interview, commenting on the Ivanov resignation, that “until yesterday we saw the will of the government to conduct judicial reforms, we saw a man who wants to carry out reforms. Now there are doubts…but we will see, there will be a new minister”.

The French ambassador, whose comments months ago about “rotten apples” in Bulgaria’s judiciary have resonated among civil society campaigners for judicial reform, said, “we expect the new minister to continue with the reforms”.

Deputy Prime Minister Buchvarova said that Borissov was awaiting proposals from the Reformist Bloc about a new Justice Minister. 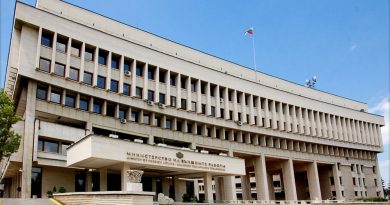