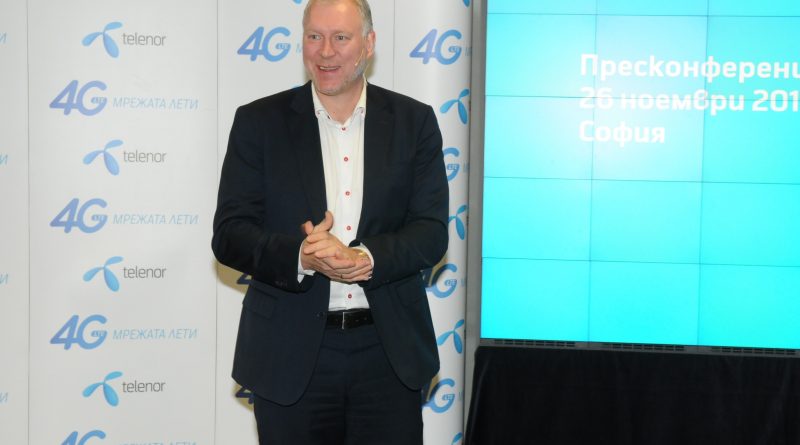 The initial roll-out will cover capital city Sofia and most of southern and eastern Bulgaria, but the company said it would have coverage in all cities and towns larger than 20 000 people, as well as the country’s largest winter resorts, by mid-December. This will provide effective 4G coverage to about 57 per cent of the country’s population, with further expansion, including to Bulgaria’s popular seaside resorts, coming in 2016.

All Telenor Bulgaria customers will be able to use the 4G service free of charge until January 31 2016, provided they had 4G-compatible smartphones and SIM cards, the company said. Telenor Bulgaria executives gave no details regarding the pricing of 4G-specific data plans, but said that such plans would be made public after roll-out of the new service begins.

The company will use the 1800MHz frequency band for the 4G services, after completing its network overhaul earlier this summer and improving network efficiency to free the spectrum it currently has, Telenor Bulgaria CEO Stein-Erik Vellan told reporters.

Telenor Bulgaria is not the first company to offer 4G services in Bulgaria, but it is the first of the three major carriers in the country to do so.

Vellan said that the launch of the 4G service once again underlined Telenor’s commitment to Bulgaria – the group announced the acquisition of Globul, as the carrier was then known, from Greek telecom operator Cosmote in April 2013. It completed the re-branding of the carrier to Telenor Bulgaria in November 2014.

The skyrocketing mobile data usage and the rising use of smartphones, coupled with the completion of the network overhaul, were the main reasons for Telenor’s decision to launch the service at this point, “despite certain spectrum limitations,” Vellan said.

The introduction of 4G services in Bulgaria has been delayed in the past several years by the lack of available spectrum. Bulgarian governments have committed to making some of the frequencies currently used by the Defence Ministry for commercial use, but the process has been slowed down by lack of funding for the military.