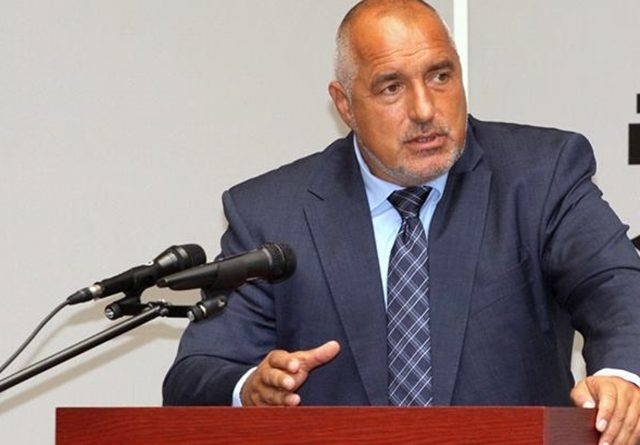 More and more Europeans are linking the latest surge of Islamist terrorist attacks to the mass refugee influx in Europe. Security concerns are growing.

The tense security situation in the wake of last Friday’s attacks in Paris has incited a strong response in central and eastern European countries against the current refugee crisis in the European Union: the police presence in city centers has been boosted, border checks and the surveillance of refugee camps have been reinforced. Also, anti-Muslim rhetoric directed at the refugees has grown sharper.

In Poland, the new conservative government has made it clear that a commitment to accepting refugees was no longer tenable after the attacks in Paris. Warsaw had “no political possibilities” of implementing the EU plans, said European Affairs Minister Konrad Szymanski. Foreign Minister Witold Waszczykowski told Syrian refugees to return to their country and fight there. On the Polish television station TVP, he said it is unacceptable “that we send our soldiers to Syria to fight, while hundreds of thousands of Syrians drink coffee” at street cafés in Berlin.

Slovakia’s Social Democrat Prime Minister Robert Fico caused an outcry with his response to the terrorist attacks. In a television talk show, he emphasized that his government has been warning against the consequences and risks of migration for months now.

As an additional security measure to prevent terrorist acts, he announced Slovakia would put all Muslims in the country under surveillance. Right-wing extremist circles in Bratislava blame German Chancellor Angela Merkel’s asylum policy for the terrorist attacks in Paris.

In Hungary, the head of the far-right Jobbik party, Gabor Vona, declared that the influx of refugees has increased the threat of terrorist attacks in Europe. For this reason, he claims it must be clear after the attacks in Paris that his country would not accept the refugee allocation system. Prime Minister Viktor Orban said Hungary needs even more protection. This week, the Hungarian parliament passed a law giving the government the right to challenge the EU refugee quota system at the European Court of Justice.

Former Romanian President Traian Basescu, previously known for his pro-European reform policies, has also expressed his disapproval of the reception of refugees. In social networks he has pleaded with his people to refuse allocation quotas for Muslim refugees, no matter how strong the pressure of the “demagogic European political commissioners” was.

The country’s liberal president, Klaus Iohannis, has also repeatedly criticized the EU quota system, but eventually supported the decision in the end. In a press conference after the attacks in Paris, Iohannis drew a clear line between the refugee issue and the threat of terrorism. Xenophobia and ultra-nationalism must not poison our society, he said.

Croatia is focused on domestic issues at the moment because of an extremely complicated situation after parliamentary elections there. In this regard, several extreme nationalist politicians are trying to use the attacks in Paris for populist purposes. In social networks, the number of hate comments about Muslims and refugees is growing.

The ‘ghettos of tolerance’

The Bulgarian government has responded to the attacks in Paris with tightened controls at the Bulgarian-Turkish border. During a raid earlier this week, more than 300 illegal migrants were arrested. Bulgarian President Rossen Plevneliev said that the international community must now join forces and tackle the causes of terrorism locally.

Prime Minister Boiko Borissov compared the attacks in Paris with 9/11 and spoke of “ghettos of tolerance” where the “profile of terrorism” was visible. He believes Europe must now reconsider its policy of “integrating vulnerable groups.” The majority of Bulgarians rejects taking in refugees; the Bulgarian Orthodox Church has asked the government to “halt the Muslim invasion.”

Central and eastern European countries have paid close attention to Thursday’s talks between German Chancellor Angela Merkel and Austrian Prime Minister Werner Faymann in Berlin. Both politicians are pushing for a rapid implementation of agreed EU measures to reduce the numbers of refugees arriving, but without wishing to renounce the policy of open borders in Europe. Merkel and Faymann stressed the fact that terrorism and the refugee crisis should not be mixed up and called on the international community to stick together in the battle against terrorism. It is a clear message, but one that not all EU partners sympathize with. 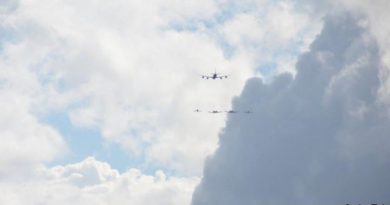 US, allies train over Estonia