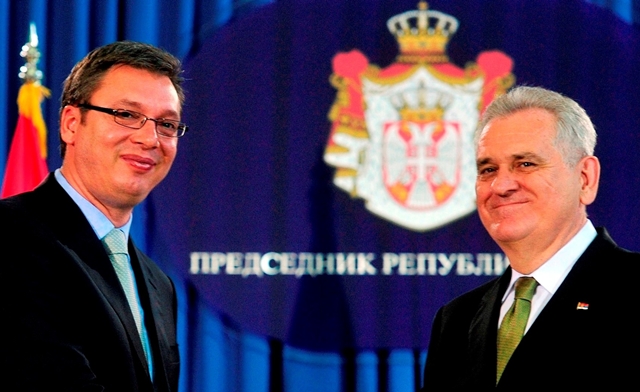 Serbia has declared it will maintain a neutral position toward the controversial Bosnian Serb referendum that has challenged the international community in Bosnia and heightened ethnic tensions more than 20 years after the war.

President Tomislav Nikolic and Prime Minister Aleksandar Vucic said in a statement Thursday that Belgrade neither supported nor objected to the Bosnian Serbs’ referendum on whether to mark January 9 as Republika Srbska’s Statehood Day — also the anniversary of the 1992 Serb declaration of independence from Bosnia.

“I will tell them what I think, but I will not try to pressure anyone,” Vucic said before a meeting with Bosnian Serb leaders Thursday. “Everyone is capable of making the decision within their authority.”

“They will not meddle, and will neither support nor contest the decisions we made, that it is up to us to evaluate all the dangers, all the problems that may emerge from the decisions we make,” Republika Srpska’s President Milorad Dodik said after the meeting.

Mladen Ivanic, who shares the collective presidency with Bosniak and Croat counterparts, hinted that the Serbs could back down, but only if the opposing side did the same.

“There will be very complex situations and occasions in the coming few days. I think that with a sort of understanding, Sarajevo needs to accept the fact that the Serbs care about January 9,” Ivanic said.

In their statement after the meeting, Vucic and Nikolic also sharply criticized Western policies in the Balkans, complaining of an alleged anti-Serb campaign in the region and a weak international response.

Serbia continues to have a strong influence on Serbs in Bosnia, and there have been hopes it will join international efforts to avert the September 25 referendum.

There also have been fears that Belgrade could be moving away from the West and closer to Russia, its traditional ally. 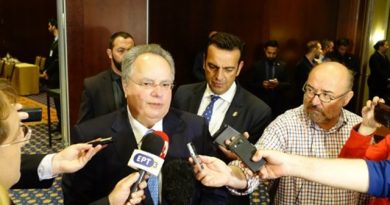 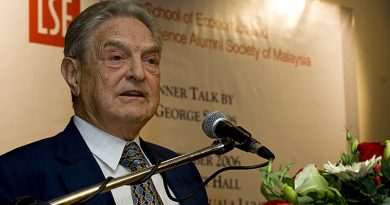