The European Union criticized Turkey in a report Tuesday, saying the country has shortcomings in its democratic standards and has regressed on freedoms of expression and assembly.

The report on Turkey’s possible membership in the EU was held until after elections earlier this month that returned President Recep Tayyip Erdogan’s party to a majority in parliament.

The EU noted Turkey’s continued interest in joining the bloc, but said that was offset by some key legislation that “ran against European standards.”

It cited undermined independence in the country’s judiciary, as well as pressure and intimidation of journalists.

The EU also expressed hope that escalating violence in Turkey will end.

Turkish forces have in recent months stepped up a campaign to go after Kurdish militants in the southeastern party of the country.

Erdogan vowed last week to continue the fight until all the militants are eliminated, and the outlawed Kurdistan Workers Party announced the end of a short-lived cease-fire. 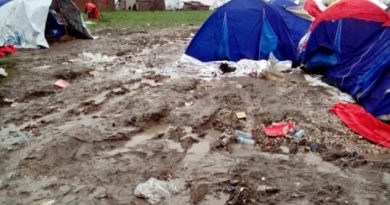