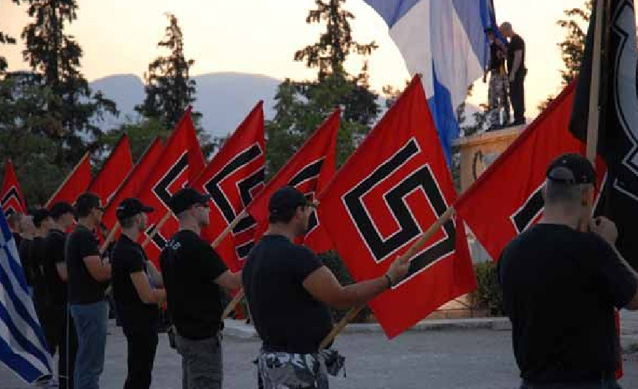 Greece’s Supreme Court has ruled that the ultra-right Golden Dawn party can run in European Parliament elections later this month despite its leader and some party members being in prison awaiting trial.

Under Greek law, only those convicted of a crime are disqualified from running in an election.

Golden Dawn head Nikolaos Michaloliakos and five other party members are awaiting trial on various charges including the murders of a left-wing Greek rap singer and a Pakistani immigrant.

Golden Dawn members have thrown Nazi-like salutes at rallies and the party’s symbol resembles a swastika.

But party leaders deny charges of being neo-Nazis.

Golden Dawn won seats in the Greek parliament for the first time in 2012 because of its opposition to immigration and the government’s handling of the country’s economic crisis.