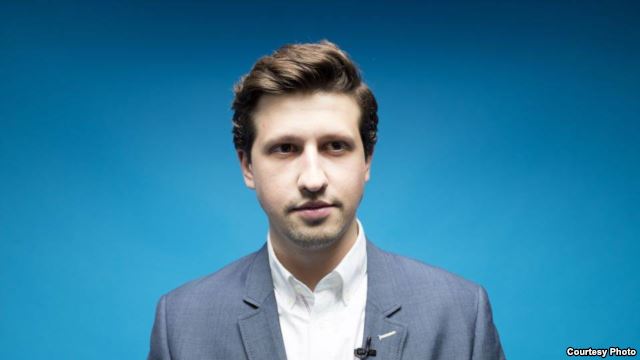 Maxim Eristavi is an openly gay Ukrainian journalist who worked for Russian state media, and has been covering Ukraine for news outlets since day one of the Euromaidan uprising in 2014. Now he warns that Ukraine’s media are on a slippery slope as they drop inconvenient facts to protect the country’s image – something he says he has witnessed before, in Russia.

Eristavi is in a unique position to reflect on media in Ukraine and Russia. In 2012-2013 he worked for “The Voice of Russia,” a now defunct Russian international radio station. In 2014 in Ukraine he co-founded “Hromadske International” an English-language media platform priding itself in impartiality. Eristavi also contributed to the likes of CNN and BBC, while international outlets such asMashable, Bild and The New York Times call his tweets an essential source on Ukraine.

In an interview with VOA, Eristavi said he is witnessing a disturbing trend.
“In Ukraine, the state is not in control of the media messages, but there’s a growing and developing paranoia in the media. Journalists pick and choose topics they want to cover and distance from topics they are not comfortable with because they think that those can be used by Russia to diminish the image of Ukraine or to hurt the country in the ongoing Russian-Ukrainian war,” he said.

He saw a similar pattern in Russia.

“When I was working in Russian newsrooms I would often see how propaganda would creep up on my colleagues. Usually it would start with self-censorship. Individual journalists thought that criticizing the government of Russia or Vladimir Putin was unpatriotic and that it was a journalist’s duty to defend Russia in the face of growing international pressure and criticism,” he said.

Eristavi thinks Ukraine has the potential to develop a vibrant society with powerful and respectable media outlets, but he calls current developments in the country’s media “toxic.”

“In Ukraine we see many terrific investigative reports when it comes to corruption and abuse of power by the post-revolutionary government. But topics like violence against the LGBT people are not covered because it plays very badly with the image of Ukraine as a country that wants to join the European family,” he said.

Eristavi argues that Ukrainian journalists are doing their country a disservice when they sugarcoat harsh facts. “The biggest push-back against propaganda would be high quality journalism and telling the truth.”

According to a 2015 report by Freedom House, a U.S. government-funded democracy advocacy group, Russia’s media are “not free,” while Ukraine’s are described as “partly free.” 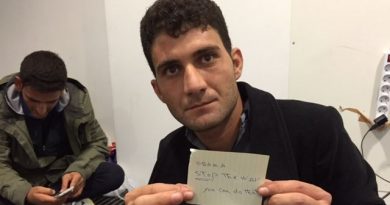